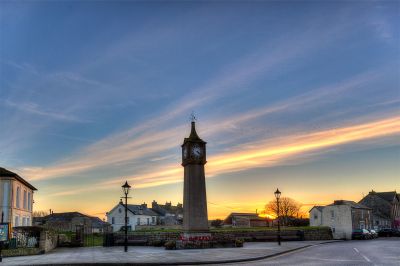 St Just-in-Penwith is the nearest town to Land’s End. It has an ideal situation for visitors to the far west of Cornwall as it is situated on the edge of the moors and close to the beautiful north coast, about 8 miles west of Penzance. Originally the centre of the tin mining industry in this part of Cornwall, the town’s past is reflected in the nature of the streets of granite cottages. St Just was once the mining centre of the peninsula and disused engine houses dominate the landscape. In the centre of the town is Plain-an-Gwarry, a theatre used for miracle plays in medieval times, and more recently the Lafrowda Festival.

Close by is the picturesque Cape Cornwall, the most westerly points in Cornwall. The spectacular hump-backed cape boasts a 138 year old mine chimney stack. It rises to a height of 229 feet above sea level and offers wonderful view over the Western Approaches, worth the steep climb to the top. Off shore are The Brisons, part of an underwater reef responsible for many shipwrecks. About a mile down the coast from Cape Cornwall is the picturesque Cot Valley where the Youth Hostel is located. Not too far away is the Land’s End Aerodrome. Planes fly from here to the Isles of Scilly and scenic flights are also available. 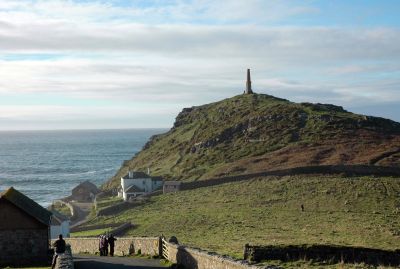 St Just Church and the King’s Arms, next door to the church, date back to the 14th century. There is an interesting early wall painting of St George and the Dragon inside the church. The Selus Stone is a three foot high pillar with a Roman inscription. A Greek monogram, in the north aisle, was discovered 150 years ago.

The Great Atlantic Mapworks Gallery, Navigator Contemporary Arts, Smart Tart and Nancherrow Studio Gallery are galleries within the town, and Tregeseal Gallery is fairly close. Many of the galleries display the work of talented local artists. 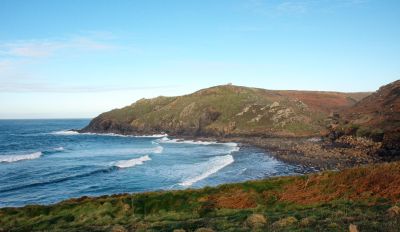 A mile or so north of St Just is Kenidjack, where there is the hooting carn or cairn. This is haunted by a group of witches led by Old Moll. Underneath the cairn lies the Gump, where demons fight and the Devil deposits lost souls. Visitors beware! This is one of those spots where piskies lead mortals far astray.

All around St Just are old standing stones and other prehistoric sites. Along the coastline, travelling east towards St Ives, are many relics of the old tin mines. Geevor Tin Mining Museum is worth visiting. This was the last mine to close in this part of the county. Pendeen Lighthouse is also worth a visit. 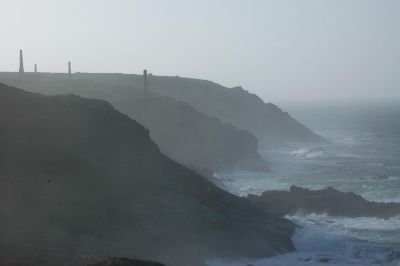 The old Crown Mine engine houses at Botallack have a spectacular position overlooking the rocky coastline. The upper shaft of the mine workings ran for 2000 feet under the sea. The farmhouse used in the television series, Poldark, is also in Botallack.

Morvah is a small village, further along the coast towards St Ives. It has a beautiful setting between the wild moorland inland and the spectacular cliffs overlooking the sea. The church dates from the 15th century and was once used as a beacon for shipping.