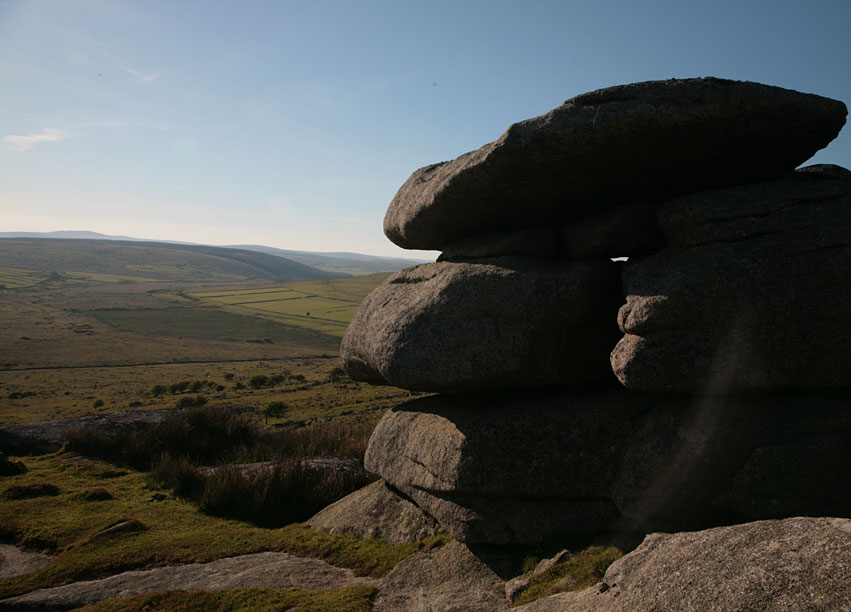 Minions is the highest village in Cornwall, high up on Bodmin moor in South East Cornwall, not far from Liskeard. Most of the village is over 300m above sea level. The name derives from Minions Mound a barrow to the west of the village. The village has a pub, a restaurant and cafés in addition to the combined post office and shop.

The settlement was totally created for industry on a virgin moorland site - this is relatively rare in Cornwall. Minions is not a typically single-industry settlement, as are many others in the county, but is based on the three major activities of mining, quarrying and railways. It was almost entirely constructed in the few years between1863 and 1880. This was rather later in the 19th century than other Cornish industrial centres.

The surrounding area offers a wealth of archaeological interest from early Bronze Age onwards. Tin and copper mining took place here until early in the last century, when the Prince of Wales Shaft closed around 1914. Many of the pump houses and spoil tips can still be seen. There were also several quarries in the area around Minions in the 19th century. The metals from the mines and stone from the quarries were to Liskeard and then onto Looe for shipping, on the Liskeard and Caradon Railway, which was built around 1844. It closed in 1916 and the tracks have gone, but the old railway route is an excellent way to explore the area by foot, by cycle or on horseback. One of the engine houses of the South Phoenix Mine is now the Minions Heritage Centre.

A short distance away are found The Hurlers, three Bronze Age stone circles dating from around 1500BC. It is said that some local men were playing a Cornish game known as hurling on the Sabbath and were turned into stone as a punishment. Visitors from all over the world come to dowse the stone circles, claiming to feel energy emanating from them. A line drawn through the centres of the circles points to Rillaton Barrow, a large burial mound known as a tumulus. This dates from about the same period. In 1837 and a gold, corrugated cup was foundwithin the barrow. This is now in the British Museum.

The Cheesewring is a natural formation of balancing rocks, believed to have been formed by glaciation and erosion over thousands of years. The name comes from its shape. It is perched high on Stowes Hill, overlooking Minions, and can be seen from far away. From The Cheesewring there are stunning views across the Cornish countryside and as far as Devon on a clear day.

Minions lies in an unspoilt area and is an ideal centre from which to explore the moors. There is a variety of accommodation around the village. Recreations include shooting, fishing, pony trekking and, of course, walking. There is windsurfing at Siblyback Lake. In addition, the village is not too far from the lovely beaches and attractive coastal villages of both coasts. The towns of Liskeard, Bodmin and Launceston are not far away and neither is Tintagel, the centre of Arthurian legend.