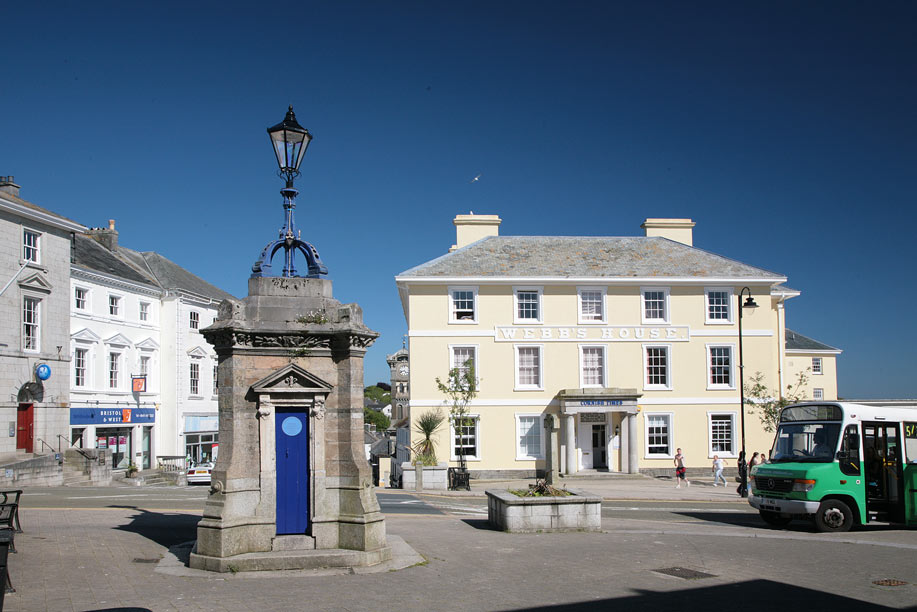 The ancient stannary and market town of Liskeard is situated in South East Cornwall, close to the popular resorts of Looe and Polperro. The town lies above the Looe river valley, about 14 miles west of the River Tamar. The main London to Penzance railway and the A38 road make Liskeard particularly accessible. To the south, the hidden coves and resorts of the lovely Cornish coast can be easily reached, whilst to the north of the town is the vast expanse of Bodmin Moor. The town boasts many original Victorian shop fronts and interiors in addition to a Guild Hall, a Clock Tower and a Town Hall. The recently renovated Stuart House is now a venue for the Arts with an attractive garden. The house was given this name after Charles I stayed there for 6 nights in 1644 during the Civil War.

Liskeard is an ideal base from which to explore this part of Cornwall. It is situated at the head of the Looe Valley and has long been an important market town. The name of the town was originally Liscarret and it was one of the holdings of the Count of Mortain when it was recorded in the Domesday Book. At that time it boasted a market, a mill and 250 sheep. It received its first charter in 1240 from Richard, Earl of Cornwall. This brother of Henry III held Launceston Castle at that time. Later it became one of the county's four coinage towns, returning 2 MPs until the first half of the 19th century. The mining industry played an important part in the town's development, and in 1828 a canal was built, enabling ore and stone to be carried to Looe. The later railway, the Looe Valley Line, is a single track branch line along scenic wooded riverbanks.

Liskeard and District Museum is worth a visit as is the Ancient Pipe Well. For those with other activities in mind, there is always the Lux Park Sports and Fitness Centre. St Martin's Church is one of the largest in the county and is mainly 15th century with a few earlier remains. The tower was built in 1902.

A mural in Pigmeadow Lane depicts the history of Liskeard and South East Cornwall from earliest times, including the industrial revolution, the coming of the railway, and the consequent social and political impact. There are several other murals throughout the town.

The town is easily reached by rail and road and is convenient for both the pretty coves of South East Cornwall and the wild beauty of Bodmin Moor. For those wanting a quieter form of relaxation, a stroll around the local Westbourne Gardens is a pleasant option.

At nearby St Cleer, on the edge of the moors a Holy Well can be found housed in a granite baptistry. It was originally used to treat the insane, who were tossed up and down in the water until their sanity returned. North of St Cleer stands King Doniert's Stone, bearing a Latin inscription asking for prayers for this King of Cornwall, who drowned in 875. Nearby is a Neolithic burial chamber, Trethevy Quoit, from around 3500BC.