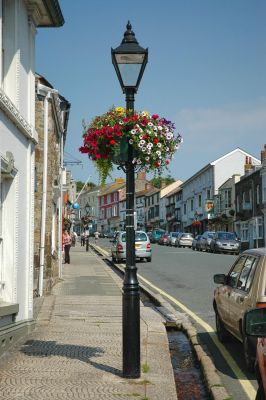 Helston is perhaps most famous for the 'Furry' or Floral Dance held on the 8th May, unless this falls on a Sunday or Monday when it takes place on the preceding Saturday). On Flora Day the streets are thronged with thousands of visitors and there’s a carnival atmosphere all day and into the night. At 7.00am and again at 8.30am there is the Hal-an-Tow, in which St George and St Michael slay the Dragon and the Devil, cheered on by a crowd in Elizabethan dress. The children’s dance is at 10.00am. At midday is the main dance, with participants dressed in top hats, tails and ball gowns. The final dance is at 5.00pm. Throughout the day, dancers weave in and out of shops, houses and gardens following the Helston Town Band playing the famous Floral Dance.

Helston was granted its charter in 1201 and was originally a thriving port. However, as the river silted up over the years, the port gradually ceased to be. Where the river joined the sea is now Cornwall’s largest freshwater lake, separated from the sea by Loe Bar, a long sand bar. 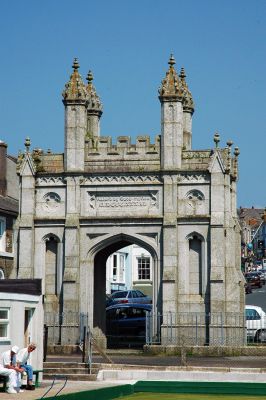 The bustling market town hosts a mixture of Georgian and Victorian architecture. An outstanding feature at the end of Coinagehall Street is The Monument, which was built in 1834 in the memory of Humphry Millet Grylls, a local banker and solicitor whose actions kept open the local tin mine and saved 1200 jobs.

Also on Coinagehall Street is the Blue Anchor, originally a rest house for monks, which became a tavern in the 15th century. This is possibly the oldest private brewery in the country, selling the strong local brew, Spingo. Further up the street, is one of the oldest buildings in Helston, the Angel Hotel, former town house of the Godolphin family who represented Helston in Parliament for many years.

The Guildhall is just by the traffic lights. In the past it has been a market house and Magistrates’ Court but today it is the Town Hall with the Council Chamber on the first floor. The ground floor is still known as the Corn Exchange, where there are frequent coffee mornings, craft markets and jumble sales. 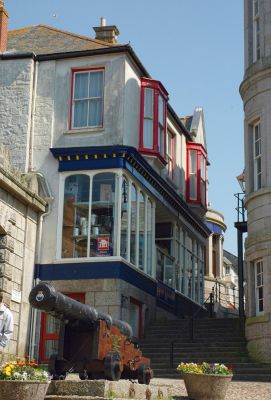 More about the town can be found out in the Helston Folk Museum which is free. The museum is in the former butter market, built in 1837. Outside is a cannon taken from HMS Anson, wrecked at Loe Bar in 1807. There are frequent exhibitions in the mezzanine gallery. There is also information there about Bob Fitzsimmons, one of Helston’s most famous residents. A plaque on the wall of a cottage in Wendron Street marks his birthplace. Born in 1863, he was the first man to be world middleweight, light heavyweight and heavyweight boxing champion. He retired in 1914 and died in Chicago three years later. Until 1999, he was the only British World Heavyweight Boxing Champion.

Not far from the museum is St Michael’s Church, also worth a visit. It contains some fine Elizabethan brasses and an impressive 24 branch chandelier, given by the Earl of Godolphin in 1763. 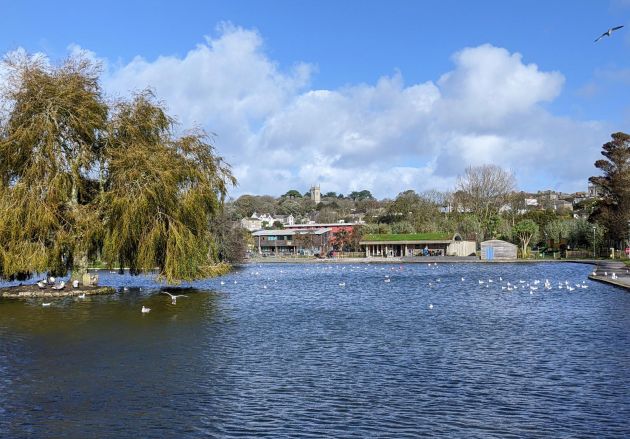 Heading out of Helston towards Porthleven is past the Coronation Park & Boating Lake. Not far away is the Penrose Estate offering some beautiful woodland walks. Porthleven is a charming fishing harbour and world class surf break. A little further along the coast, towards Penzance, Praa Sands is a beach with a mile of sand, quality surf and all year lifeguards.

There are several good restaurants in the area and many country pubs serving meals in the villages around. Helston is the gateway to the Lizard peninsula and to the Helford River. A trip through the Helford valley is an opportunity to visit some beautiful villages such as St Anthony in Meneage and Helford Village. A little further afield is the village of , approached from Helford Passage on the north bank of the river. A ferry runs across the river here in the summer months.