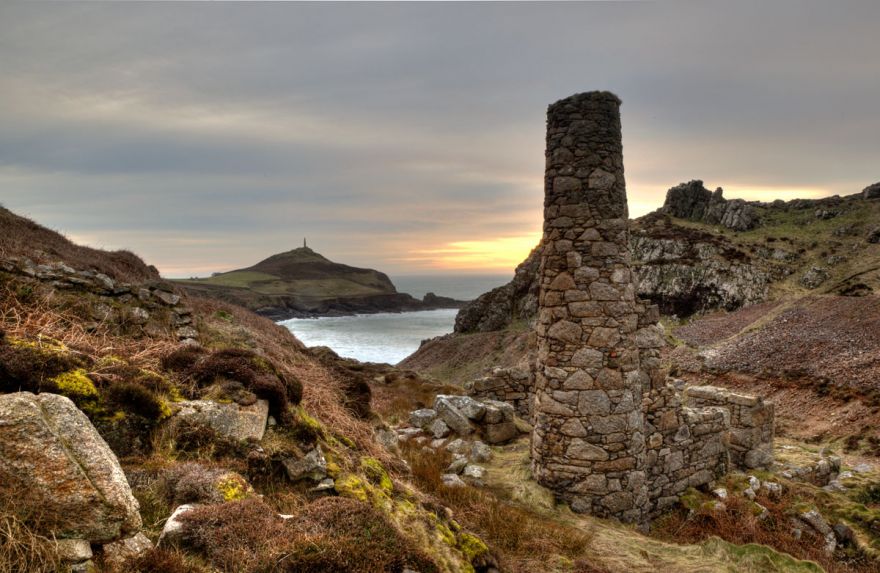 View out over the remains of an engine house that would have formed part of Boswedden Mine in Kenidjack (or Nancherrow) Valley. Also known as Wheal Call, the mine here worked the south side of the valley for tin throughout the 1800s.

Along with the 36 inch cylinder steam engine that would have been housed in this building, the mine was powered by what was reputedly the second largest water wheel in Britain. The wheel, at the end of the valley, was powered by the Tregeseal River and measured 65 feet (20m) in diameter. This is where the name Wheal Call comes from - it means 'Great wheel'.

In the distance is Cape Cornwall, easily identifiable by the chimney from its mine workings set on the pinnacle.