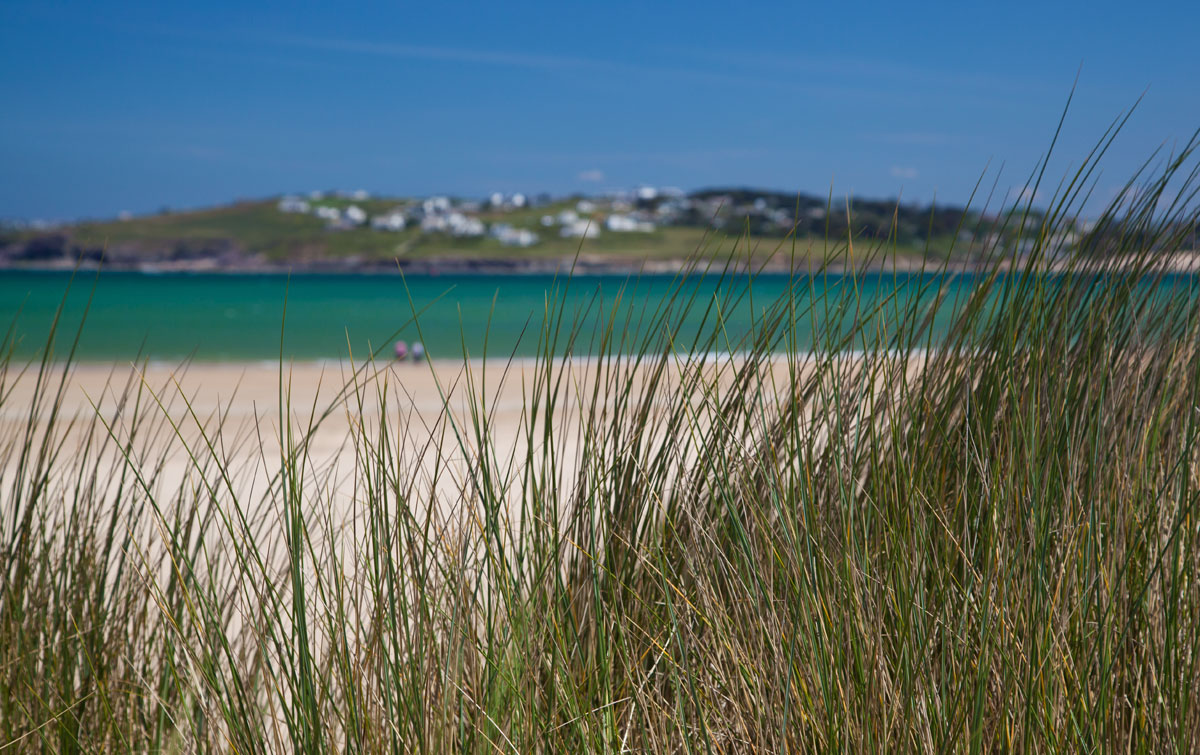 The town of Rock is located across the Camel estuary from the fishing port of Padstow. For somewhere so sandy Rock might not seem like the most appropriate name. However, it comes from the local quarry where the rocks were used as ballast by sailing ships which had unloaded their cargo across the river. The quarry is now a car park.

A village shop stocked with a superb selection of fine wines and cheeses gives a clue to the popularity of the place with wealthy city types and other well to do posh folk, including certain members of the Royal family. Occasionally referred to as 'Chelsea-on-Sea', Rock is reputed to be the home of more millionaires than anywhere else in Cornwall with exclusive villas and apartments discretely hidden amongst the trees. I have often heard it said the town has an atmosphere that is not particularly welcoming to those who aren't in the right set and don't have the necessary pedigree and credentials - so pack your rugby shirts and boat shoes and don't drop your 'aitches'!

That said Rock is not without charm. Out of season a calm descends and one can appreciate the town's assets, not least its beautiful beach which stretches along the side of the Camel all the way around to Daymer Bay at low tide. The mile long fine sand beach is fringed with dunes and the water is unusually calm and clear - whatever anybody may tell you there is no surf in Rock!

The degree of wealth in the town might explain why Rock boasts one of the only two Michelin starred restaurants in Cornwall, this is the Black Pig (The other is the St Ervan Manor near Padstow).

Owing to its sheltered waters Rock is a haven for water based leisure pursuits including angling, fishing trips, windsurfing, canoeing, rowing and water skiing, although the town is best known for its sailing. The sailing club is located on the waterfront and the waters in front are full of watercraft ranging from dinghies to yachts to luxury cruisers

There is a regular foot ferry across to Padstow during daylight hours, the Black Tor, a major source of tourist traffic to Rock. There is also a water taxi available, for those staying out late. There exists a certain animosity between the folk of Padstow and Rock, partly built on old rivalry and partly class tensions. A favourite expression from the Padstow camp is:
'What's the best thing about Rock? The view across the Camel!'

Just around the corner (or over the hill) is Daymer Bay is a good place to sunbathe and is popular with families owing to its relatively safe bathing. Across the 18 hole golf course at St Enodoc is the diminutive church with its distinctive crooked 13th century steeple. The church at St Enodoc's is probably best known through its association with John Betjeman, the former poet laureate, who is buried there. The graveyard is also the resting place for some of the sailors and fishermen who have lost their lives on the infamous Doom Bar at the entrance to the Camel estuary. The church earnt itself the nickname of 'Sinking Neddy' a couple of hundred years ago when it became buried it the sands from the beach. At one stage it could only be entered through the roof.

A few miles further up the Coast lies the surfing beach at Polzeath. Also fairly near are the unspoilt fishing villages of Port Isaac, Port Gaverne and Port Quin. This is some of the most rugged coastline in Cornwall and there are superb walks along the coastal path.

There is a 15th century baptistry here, built over a well where children used to be taken to be cured of whooping cough.