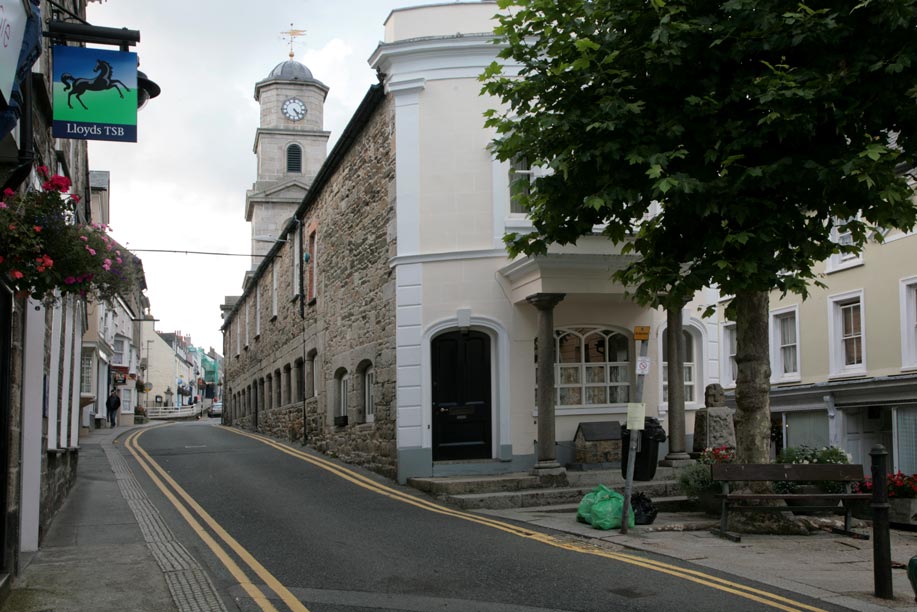 The Borough of Penryn was enfranchised by the Bishop of Exeter in 1236 and in 1259 Henry III granted a weekly market in the town. Around the same time, Penryn was granted a Charter Fair to be held yearly on the Feast of St. Thomas the Martyr (after whom a street in the town is named). Six years later, the Collegiate Church of Glasney was founded, where the Antron River enters the Penryn Creek. It was built with stone from Caen in France.

In 1312, another annual fair was granted by Edward II for the three days beginning with that of Saint Vitalis the Martyr. Soon the small town had become a busy port and half the population of Penryn consisted of foreigners. There were 22 substantial merchants recorded as paying the subsidy, compared with 33 at Helston and 42 at Truro.

By the 18th century, there was a large commercial centre along the river, with quays for the coal yards and quarried granite, warehouses for merchants and chandlers’ shops. Today the remaining old buildings are used for other purposes, but, in its heyday, Penryn exported dressed granite all over the world. The stone used in Gibraltar, Singapore and Buenos Aires, among many other places. Closer to home, it was used to construct London Bridge and the South Bank.

It is said a ghostly coach, drawn by headless horses appears just before Christmas each year in Penryn. People must avert their eyes when it passes or they will be spirited away.

Nowadays, the town is more or less connected to the newer port of Falmouth. However it still retains its individuality, partly due to its situation on a promontory between two creeks. It is still a busy little town. Although Falmouth has been the main trading centre for many years, Penryn is still a centre for sailing and so there are still boatyards and chandlers. In addition, many newer industries flourish in the town.

The town's most recent development is the Tremough Campus - which is part of both the University of Exeter and University College Flamouth. The name Tremough translates into pig farm, although prior to becoming the university campus it was a catholic convent school. The 70-acre estate, complete with country house, has had in the region of £80 million of new buildings developed under the Combined Universities in Cornwall initiative.

Much of the old granite town has been restored in recent years and Penryn has its share of shops and galleries. There are steep, cobbled streets and even an old water pump in a tiny secluded square. The centre boasts an attractive clock tower and there is a museum in the town hall. There are several restaurants, cafés and pubs in the town, including the 200 year old Kings Arms, and many, many more in nearby Falmouth.

Penryn is a convenient centre from which to visit much of west and mid-Cornwall and it is largely overlooked by the tourist industry, unlike many other towns and villages in the area. The beautiful Helford River is nearby, and the towns of Falmouth, Helston and Truro are very close. The area also offers a wide variety of self-catering accommodation. There are lovely sandy beaches within a short distance and many walks through woodland and along river banks.