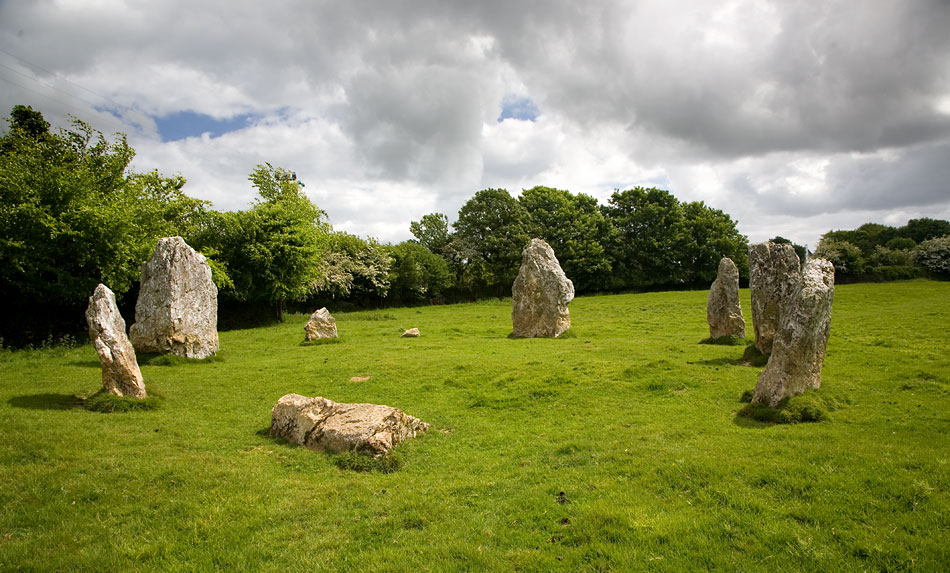 Duloe is a small village situated about half way between Liskeard and Looe. The village is perhaps best known for it's stone circle, which was discovered in 1801 in a field opposite the parish church. The Duloe Stone Circle is the smallest in Cornwall, with a diameter of less than twelve meters, although the stones themselves are surprisingly large, the biggest reaching eight feet. The stone circle, which was restored in the nineteenth century, dates back to around 2000 BC. The adjoining farm, Stonetown, which was first recorded in 1329, is thought to take it's name from the stone circle.

The parish church of St Cuby is named after a fifth century Cornish saint. Duloe itself is means 'two lakes' in Cornish, probably a reference to the two Looe rivers.