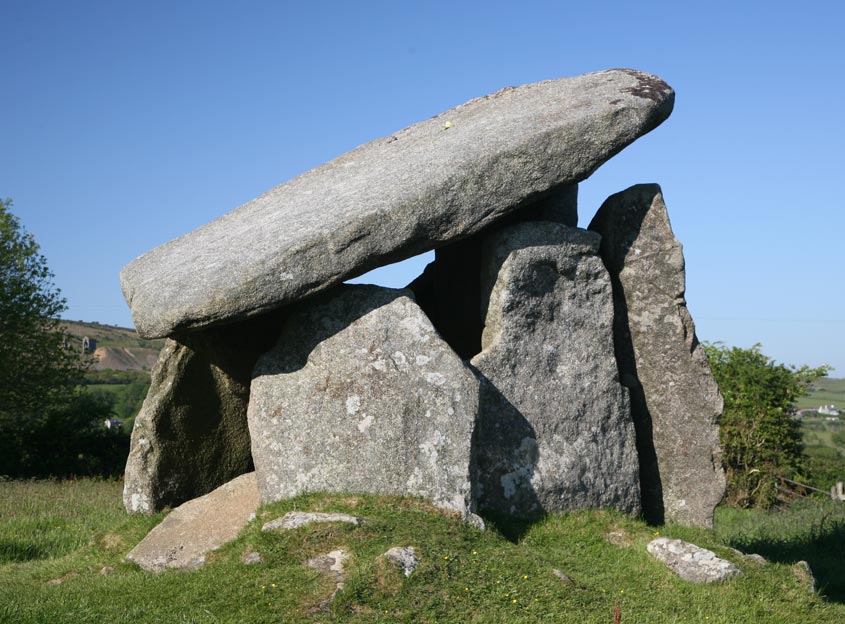 At the eastern edge of Bodmin Moor, the sizeable village of St Cleer grew to accommodate workers in the many nearby mines, the remains of which can still be seen dotted around the local landscape in the form of engine houses and chimney stacks. It has decent amenities in the form of shops and a couple of decent pubs. The Stag Inn and the Market Inn both stock a variety of real ales and serve food. The church is dedicated to St Clarus and, just outside the village, St Cleer’s 15th century Holy Well is alleged to have curative powers.

However, it is nearby ancient and natural features that are the real attraction here. The Golitha Falls, between the villages of St Cleer and St Neot, is a National Nature Reserve and a very beautiful woodland walk with lush vegetation and a young River Fowey rushing over a series of little waterfalls.

This whole corner of the moor is rich with ancient stones and sites, and the nearest to St Cleer is the Trevethy Quoit which would have originally been part of an ancient earthwork defence from 2000-1500BC. The enormous sloping tabletop-like capstone is supported on six smaller, but still impressive, stones forming a burial chamber. It is the largest Quoit in the county.

An ancient Cornish King said to have drowned near here in the 9th century is remembered by the large cross not far away to the west called King Doniert's Stone.

Other fascinating local features include the immense pile of rocks known as the Cheesewring owing to the shape of the stacked granite slabs, and a group of stone circles known as the Hurlers for it is said that they are petrified people who dared to practise hurling, a Cornish sport akin to hockey, on the Sabbath. Both of these are in fact nearer to the village of Minions.
View full size st cleer map