Mousehole is a picturesque fishing village on the south coast of Cornwall between Penzance and Land’s End. It was sacked by the Spaniards in July 1595 when the entire village, apart from one house, was burnt to the ground. That house still stands today. A hundred years ago Mousehole was a bustling port, crowded with local fishing boats, landing pilchards. Each year, early in November, timber beams are laid across the narrow harbour entrance, to protect the village from the worst of the winter gales. Even so waves can still be seen breaking over the harbour wall at high tide. 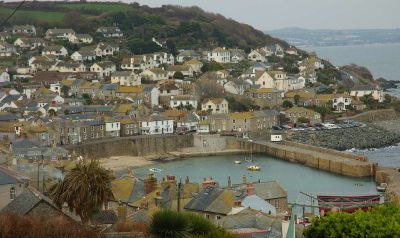 Mousehole today has retained much of its old world charm. Its narrow streets are filled with small shops, galleries and restaurants. Local cottages built from finely grained Lamorna granite, huddle together around the inner edge of the harbour. The area is protected from the force of the sea by two sturdy breakwaters. Dylan Thomas described the village as the loveliest in England, but there are many Cornishman who would dispute that this part of the world can be classed as England! 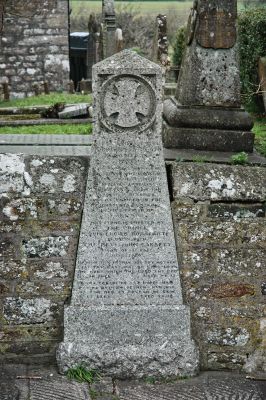 Just offshore from the harbour is St Clement’s Isle, a small cluster of rocks where an ancient hermit was said to have lived. A few hundred yards along the coast from the village is a huge cave which is believed to give rise to the strange name of the village. This is unlikely but the origin of the name is a mystery. A small, safe beach is located in a sheltered part of the harbour. This is popular with families with small children. 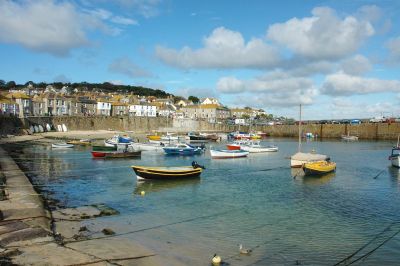 The small village was devastated by he loss of the Penlee lifeboat, the Solomon Brown, just before Christmas 1981. Most of the crew were from Mousehole. Penlee Point, from where the lifeboat was launched, midway between Mousehole and Newlyn, is now a memorial to those who lost their lives.

The famous Mousehole Wild Bird Hospital on the steep road from Mousehole to Lamorna was founded in 1928 by the Misses Dorothy and Phyllis Yglesias. The Sanctuary became famous during the Torrey Canyon disaster in the sixties, when over 8,000 oiled sea birds passed through the Hospital. The RSPCA took over the task of running the hospital in 1953, but since 1975 it has been an independent charity. 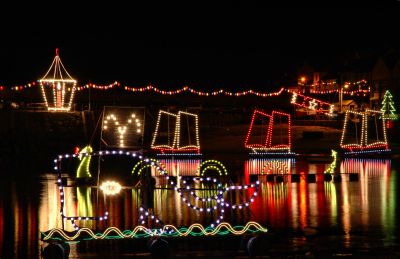 Car parking in the village is extremely limited and the roads are very narrow. Visitors are encouraged to park on the outskirts of the village and to walk in. There is a regular bus service from Penzance to Mousehole.

In the middle of December, the Christmas lights are switched on in the village. These are famous throughout Cornwall and are worth visiting. There are even helicopter flights from Penzance to see the lights from the sky. They remain on, from 5pm until 11pm each evening, until the end of the first week of the New Year except for one hour, on the aniversary of the Penlee Lifeboat tragedy when they are turned off as a mark of respect to the 8 crew who died whilst trying to rescue the crew of the Union Star off Lamorna 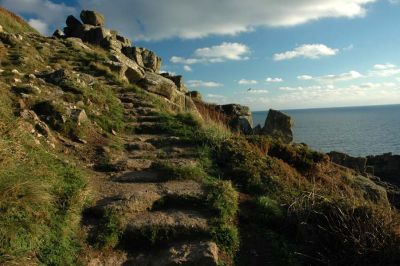 Steps in the Coast Path

It is possible to walk west along the Coastal Path to Lamorna Cove, looking down on Tater Du Light on the way. To the east is Newlyn, the largest fishing port in the South West.