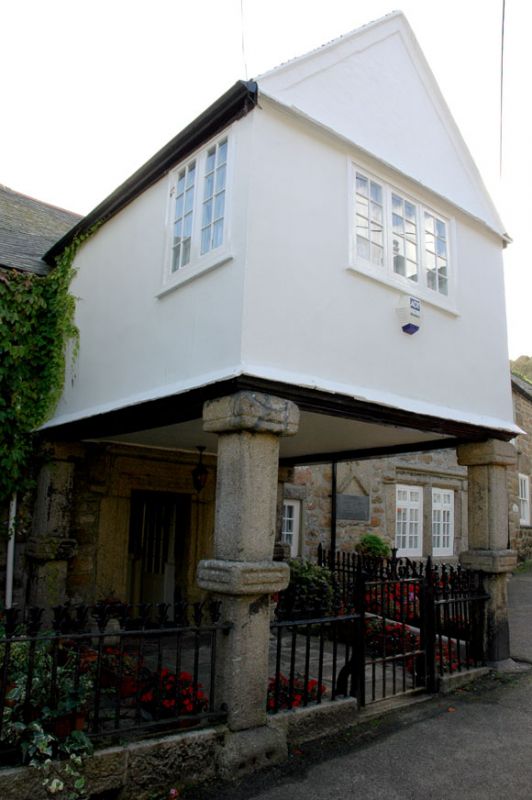 The Keigwin Arms, in Mousehole, Cornwall, was built in the 14th century, the oldest building in the town. It is the only building left standing after the Spaniards set fire to Mousehole in the 15th century. Its owner, Squire Jenkyn Keigwin was killed on 23rd July 1595 defending the house against the Spaniards. There is a plaque outside the house stating this. The house was also featured in the television series "Poldark"