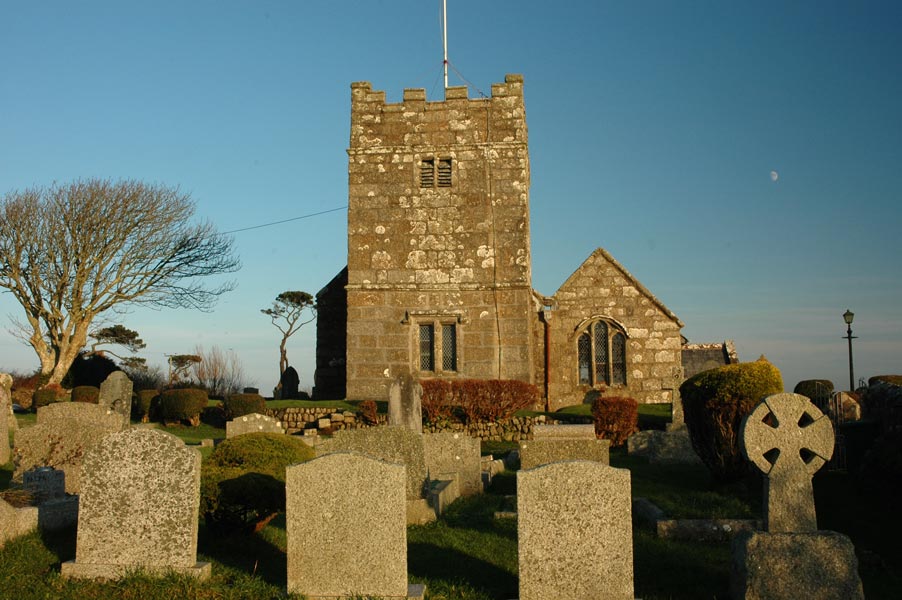 Towednack is a sparsely-populated village and parish in Penwith, bounded on the north by St Ives, on the east by Lelant, on the south by Ludgvan and Gulval and on the west by Zennor and the sea.

The small but charming parish church dates back to the thirteenth century and is dedicated to St Trewennocus, who was probably St Winwaloe (of Gunwalloe fame). 'Winnoc' is thought to be a pet form of Winwaloe. The remote location of the church suggests that it was built on the site of a former Celtic hermitage rather than to serve a settlement. The church has an usually squat tower, said to be the work of the Devil, who supposedly visited every night when the church was being built and demolished that day's work.

In 1931 a hoard of gold objects dating from the Bronze Age were found hidden in an ancient stone hedge by a sunken lane connecting Lady Downs to the road that leads to the parish of Amalveor. The gold objects included two twisted neck rings, four armrings and two lengths of unfinished gold rod. They are now in the British Museum.

Towednack is a peaceful, rural parish with some woodland.