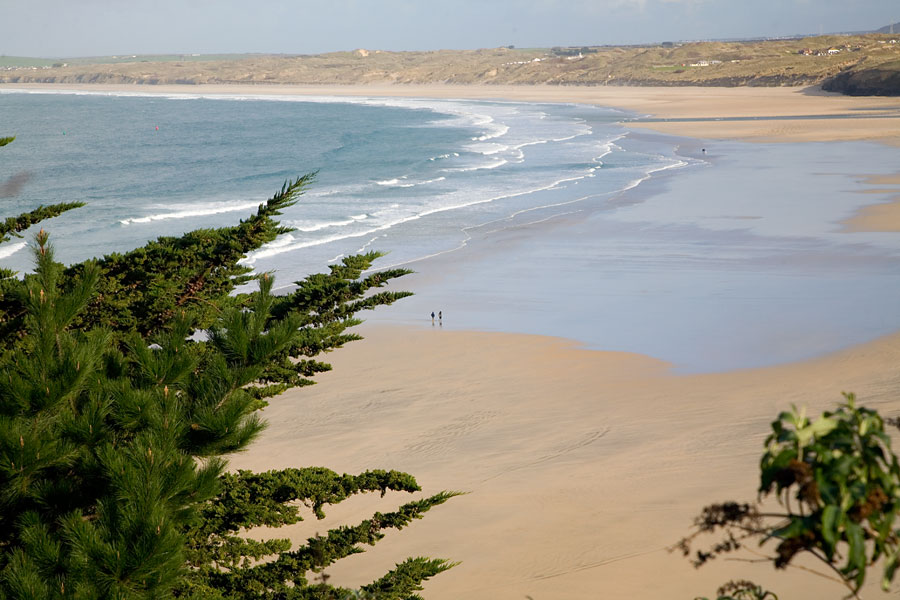 Right on the mouth of the Hayle estuary, Lelant is a pretty village with a large sandy beach on its Atlantic side, and a narrow strip of sandy coves accompanying the fast flowing estuary water inland (and out again). Care should be taken when bathing here.

In Mediaeval times, Lelant was an important port and there are still vestiges of its many quays. Nowadays, with the silting up of the river mouth, there are only a few boats moored on the muddy estuary beach known locally as Mackerel boats.

Between the village and the beach is a golf course and the church of St Uny, though Lelant is also connected to another saint, St Anta, from where it probably got its name. Partly Norman, this church was restored in the 13th and 15th centuries though the Irish Saint Uny would have been here in the 6th century. Its graveyard contains some fine examples of granite Cornish crosses and from here walkers start the 13 mile trek to St Michael’s Mount in Mount’s Bay, known as the St Michael’s Way. This ancient pilgrimage route follows the coast path towards St Ives before cutting across land. A board outside Lelant church gives directions.

Lelant is one of the small request stops on the picturesque St Ives Bay line, with cream teas served at the old station house. The Lelant Saltings stop is where one finds the official Park and Ride car park for visitors to the busy seaside town of St Ives.