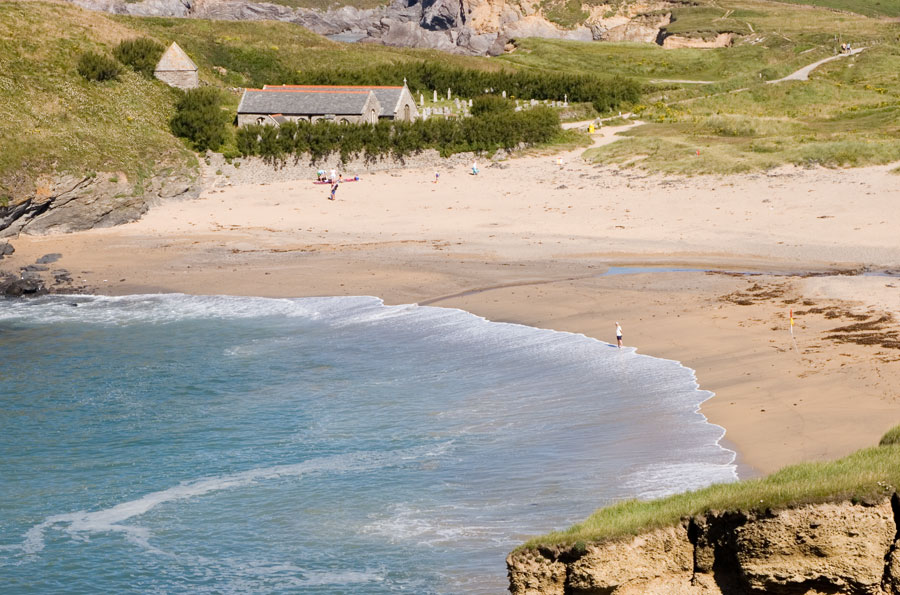 Heading towards Lizard Point from Helston, Gunwalloe is a small fishing cove with a small but charming beach and a popular pub, the Halzephron, offering tables outside with views right across Mount’s Bay. The local church of St Winwaloe stands alone on one side of a small headland in a cove, known logically as Gunwalloe Church Cove, and is said to be one of the Duchy’s oldest churches. Its truly exposed position earned it the name of Church of the Storms when it was originally founded by the Breton missionary Winwaloe, and in inclement weather one can see why.

Back along the coast to Porthleven, Loe Bar is a shingle beach which cuts the River Cober off from the sea. The subsequent natural fresh water lake which has formed is the largest in Cornwall and attracts many birds, especially wildfowl using it as a winter haven. This is part of the National Trust owned Penrose Estate, whose grounds proffer pleasant walks.

Between Loe Bar and Gunwalloe is a memorial dedicated to the scores of men lost at sea when HMS Anson was shipwrecked in 1807. Despite being beached, locals were unable to save many from the frigate due to the severity of the storm, causing one local man, Henry Trengrouse, to invent the important marine safety equipment.