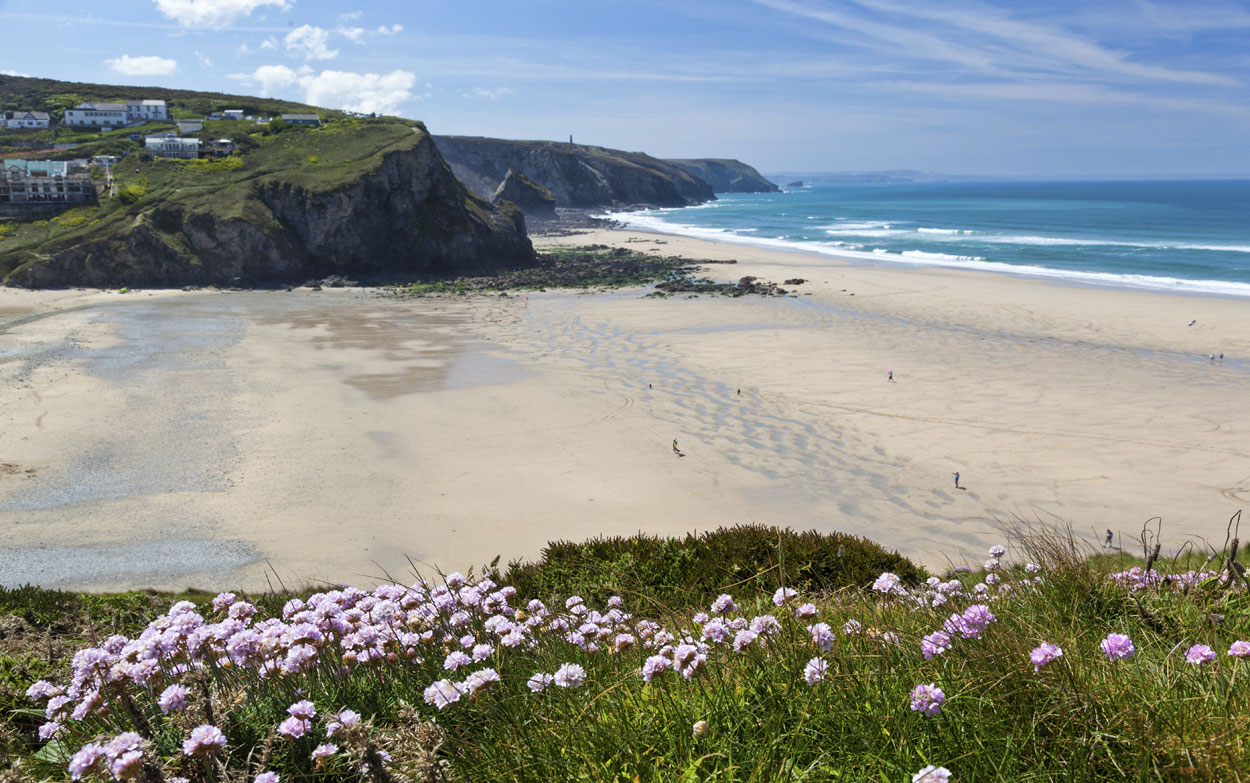 Set in narrow winding valley flanked by impressive granite cliffs is the seaside village of Porthtowan. The village itself is not by any stretch of the imagination picturesque but nevertheless it has a great beach and a wealth of heritage.

A little over a century ago the scene was very different. Back then mining flourished with the most notable mine, the Wheal Towan copper mine, generating incredible wealth. Owned by Ralph Allen Daniell of Trelissick who it is said earned a guinea a minute day and night from the mine during the mine’s heyday in the late 18th century. That’s £10,000 a week in old money!

Located just to the north of Porthtowan at Chapel Porth is the Towan Roath engine house, the archetypal Cornish mine dramatically positioned on the cliffs overlooking the beach.

There is still some evidence of the old mining tramways network used to transport the tin or copper ore to the nearby harbours of Portreath and St Agnes, as well as across to the over coast at Devoran. These tramways are presently being converted into cycle-paths and footpaths.

These days Porthtowan is probably best known as a popular holiday destination owing largely to its beautiful sandy beach and this is indeed where the name is derived (Porth – beach and towan – dunes). In fact its popularity as a resort dates back to the Victorians who came here to brave the Atlantic, mainly from the nearby towns of Redruth and Camborne.

The beach itself is huge at low tide extending as far as St Agnes Head in the north and joining up with Chapel Porth Beach on the way. As one of the more exposed beaches on this stretch of Atlantic coast Porthtowan is a great surfing beach producing powerful, ‘hollow’ waves – probably not the best spot for beginners when there is a swell running.

Being a Blue Flag beach means you can rest assured there is no shortage of amenities and facilities at Porthtowan. There are also a few places to grab a bite to eat, most notably the Blue Bar, one of the first of a new breed of fashionable beachside ‘apres surf’ café bars that have sprung up over the last few years.