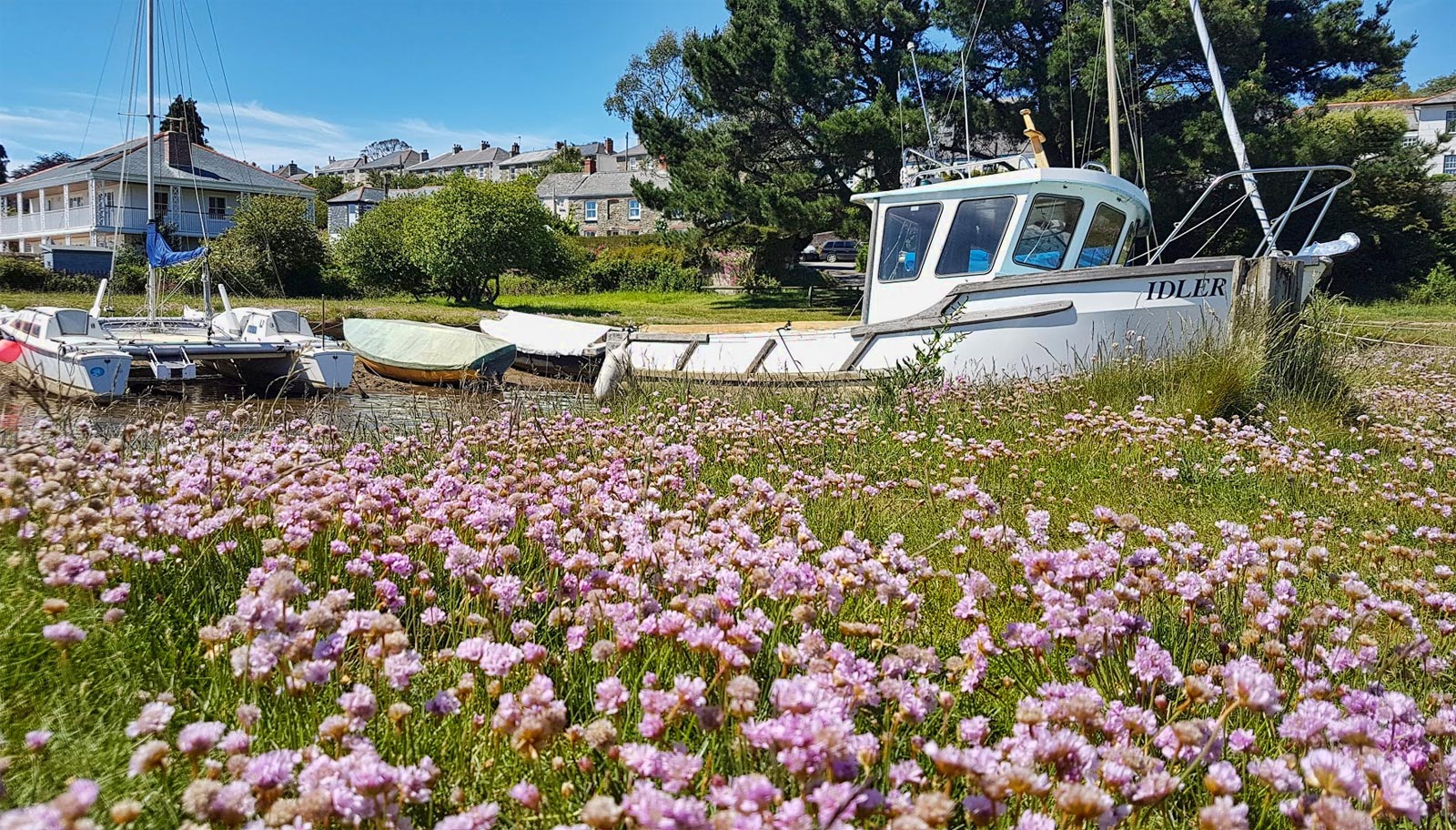 Devoran is located four miles south of Truro where the Carnon River meets Restronguet Creek. The village and former ecclesiastical parish, now part of the civil parish of Feock, is named after the Cornish word for water, 'Dowr'.

Although Devoran was initially a farming settlement, the village experienced a brief industrial boom in the nineteenth century as the place where goods could be shipped in and out of the mines. For an intense period of activity the newly-built Redruth and Chacewater Railway shuttled backwards and forwards between Devoran and the Gwennap mines, unloading tin and copper ore onto ships and barges waiting in the river and loading up with imported timber, coal and iron. Devoran was developed specifically for this purpose and, with its classic symmetry, the village is the best example of a planned nineteenth century settlement on this scale in Cornwall.

By the 1840s wharves, boatyards, repair shops and housing had been built all along the creek from Devoran to Point. Two factors were instrumental in the abrupt end to Devoran's industrial heyday. The price of tin fell sharply, causing many of the mines to close, and the creek began to rapidly silt up due to waste products washing down from the plethora of mines in the area. Although tin had been extracted here for centuries, the accelerated expansion of the mines in the nineteenth century quickly proved to be ecologically unsustainable.

Today, Devoran is a peaceful place that sits at the natural tidal limit of Restronguet Creek, a tidal limit that used to be much higher up the river. Most of Devoran's inhabitants work in Truro and the long-disused railway forms part of the coast-to-coast Bissoe Trail, a footpath and cycle route.