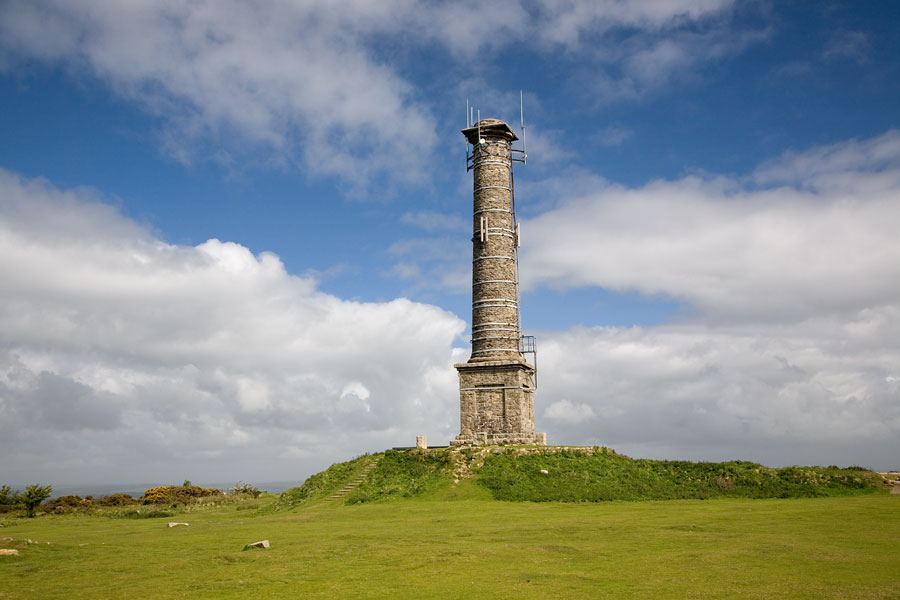 Callington is a small town with a population of around 4,500 situated in the beautiful area of south east Cornwall. It is 6 miles from the lovely Tamar valley and 14 miles from Plymouth. Once a busy mining area, its main industries are now farming and tourism.

The 15th century St Mary's Church is at the centre of the town. It is worth a visit to view the Celtic lantern cross in the churchyard and the ancient tombs of the Ayssheton and Willoughby families. Nearby is the Old Clink, originally a parish vestry room and two small rooms where the constable would detain petty criminals awaiting the visiting magistrate. Opposite the church a lane leads to the Pannier Market.

Fore Street is the main shopping street and the aptly named Well Street is where the town's original water supply flowed from the pipe well. The water still flows, although the town has long supplied by the local water authority.

The Callington mural project is unique in Cornwall. Amateur and professional artists have painted many walls in the town with a mixture of colourful murals. The project has new murals planned and already provides a spotlight on Callington's heritage, landscape. There is something different to see around every corner.

In 1267 Callington was granted a market charter by Henry III, when he was raising funds to rebuild of Westminster Abbey. The charter gave permission for a weekly market and annual fair. On the first Wednesday in October, the Honey Fair boasts street traders, entertainers and exhibitors from far afield. This established tradition was revived in 1978 and is now run by Callington Lions Club. Attractions usually include street and charity stalls, a shop window competition and a visiting Fun Fair. The name comes from the honey product competition and honey products, which are on sale all day.

Dominating the skyline for miles around is the old mining stack on top of Kit Hill, is now a countryside park. It is worth a walk to the top for the spectacular views over Bodmin Moor. There are picnic sites, footpaths, riding and ancient mine workings in the area.

Half a mile from the town centre, off the Saltash Road, is the tiny oratory well at Dupath. There a spring rises under a chapel built by monks in the 15th century. More of Callington's history can be found to the west. At Newbridge the A390 crosses the River Lynher and woodland walks follow the river. Climb then to Cadsonbury, an Iron Age enclosure, again offering fine views over the Cornish farmlands

The Carnival, held in July each year, incorporates a window display competition. A visit at this time of year makes it easy to understand why the town has won the Britain in Bloom competition. In June there is the annual Kit Hill Run.

Dupath Well near Callington is the spot to visit for a cure for whooping cough. It is said to be on the site of a duel between Sir Colam and Gottlieb for the hand of a lady. Unfortunately both suitors died.

South east of Callington is Cotehele, home of the Edgecumbes on the banks of the River Tamar. Close by is a bridge near which a wicked warder was killed by his master. A bloodstain marks the spot. There is a nearby wishing well at Laneast and another close to the village of St Clether.