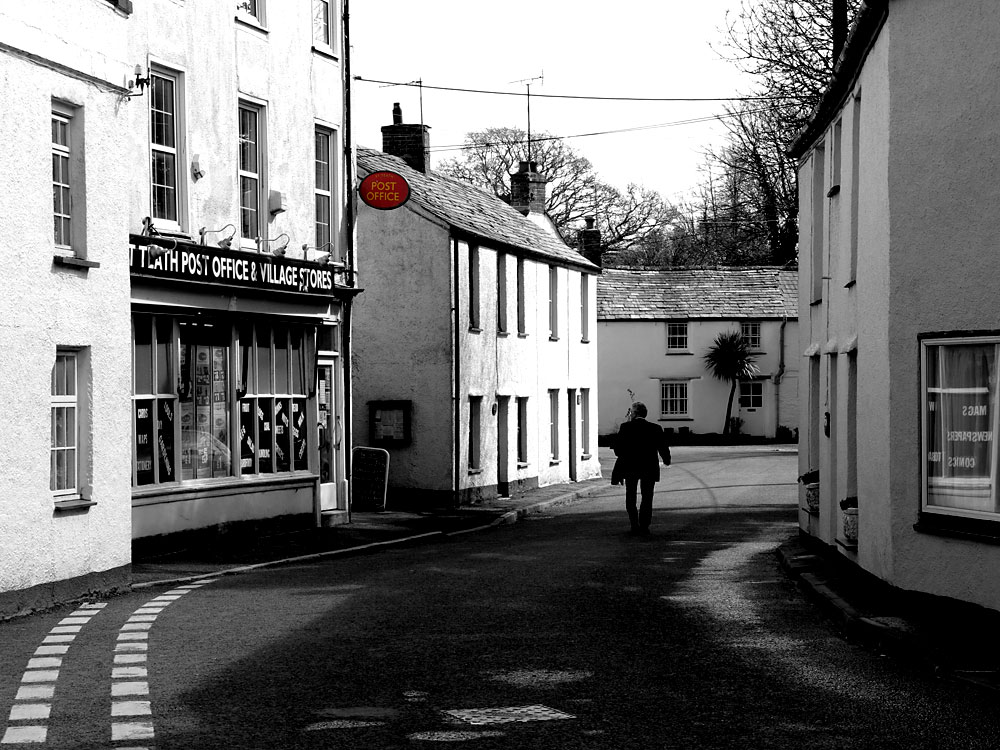 St Teath is a village and parish near the north coast on the fringes of Bodmin Moor. It is sandwiched between Port Isaac and Camelford , just south of Delabole .

The village sports an old clock tower in the centre near the church. It dates back to 1920 and was erected in memory of those who lost their lives in the First World War. The clock was built from Delabole slate donated by the quarry and constructed by volunteers to a plan by local mine manager, Mr Oswald Swete. The four clock faces are driven by a weight powered mechanism which needs 'rewinding' every 6 days.

The church is dedicated to St Tetha, possibly one of fourth century Welsh saint and king Brychan's twenty four children. Indeed, St Teath may have been an important site on the ecclesiastical map; document found among old church records held in Exeter and dated 1345 invites pilgrims to travel to St Teath in order to lessen their time in Purgatory!

The church has a Norman foundation, although it was rebuilt in the fifteenth century and is thought to stand on the site of a much earlier church. In the churchyard stands an impressive Celtic cross, the third tallest in Cornwall.

The village of St Teath sits on the western slopes of the Allen Valley and has a post office, a shop and a pub. Also in the parish of St Teath is the village of Delabole, home to the world-famous Delabole slate quarry and the first commercial wind farm ever to be operated in Britain.

Another of St Teath's claims to fame is that the first recorded game of cricket in Cornwall was played here in 1781.