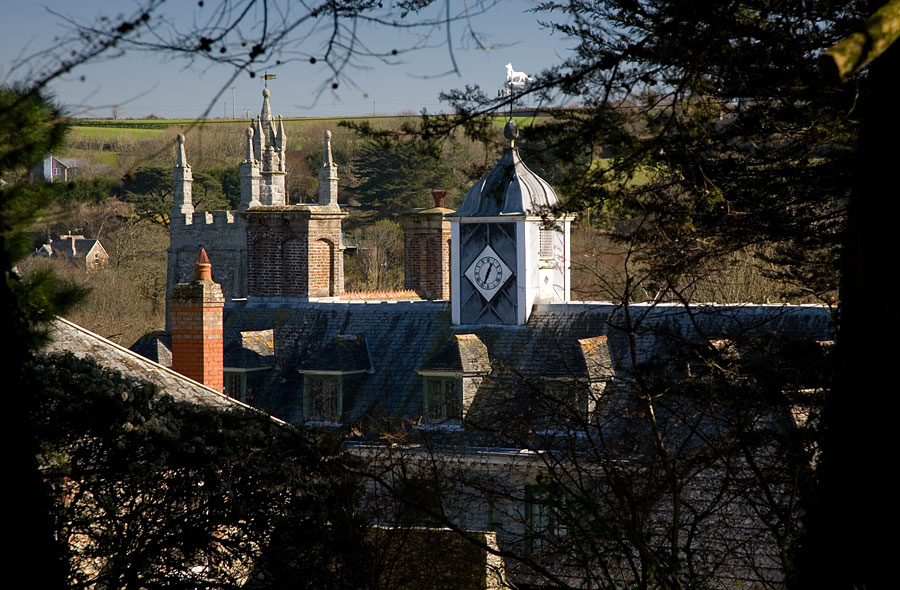 St Mawgan (Mawgan in Pydar) is a village and parish situated four miles north of Newquay, perhaps best known as the home of Newquay Cornwall airport. The airport was originally part of RAF St Mawgan, which still operates adjacent to the airport and serves as the base for Cornwall's Air Ambulance Service. RAF St Mawgan opened as a civilian airfield in 1933 but was requisitioned at the start of the second world war to form an outpost of the nearby RAF St Eval. It now operates as a training facility.

The thirteenth century parish church of St Mawgan is dedicated to St Maganus and St Nocholas and was endowed by the Arundells of Lanherne, who lived in the manor house between the thirteenth and eighteenth centuries when it became a convent and has remained one ever since. In the graveyard of the church there is the stern of a rowing boat, placed there as a memorial to men who drifted ashore frozen to death in 1846.

St Mawgan is a picturesque village nestling in the wooded Lanherne valley. The River Menalhyl runs through the village, which is home to two popular pubs.