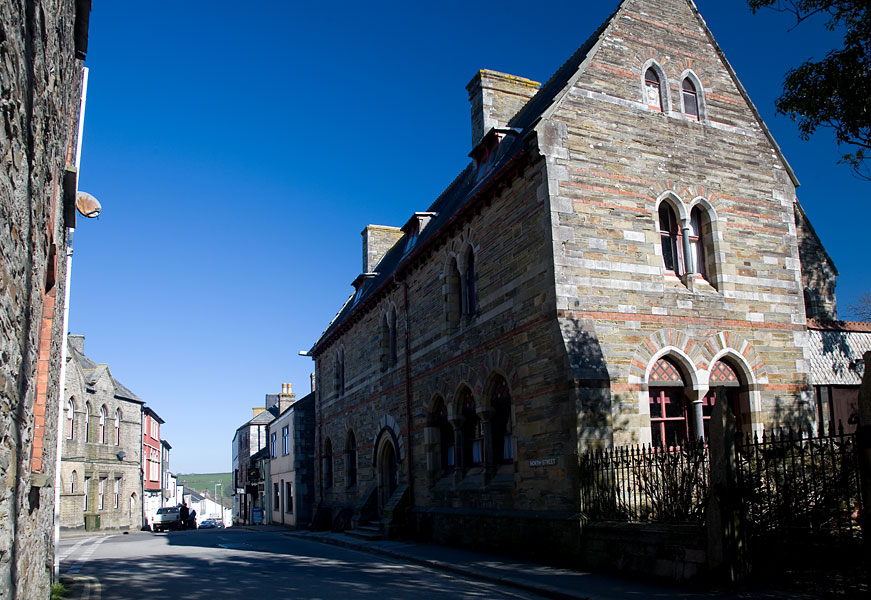 Between Wadebridge and Newquay, is the large village St Columb Major. Providing shops and other amenities to the local area, the village has some fine old houses and its pub, the Ring O'Bells, offers a range of ales as well as food in its restaurant. The church of St Colomba is large and built of Pentewan and Caen stone with an impressive tower. Inside there is a 17th century letter of thanks to the Cornish people from King Charles I.

Each year this is one of only two remaining places which practise Hurling the Silver Ball, an ancient game which was once common throughout the county and played on Shrove Tuesday, the other being St Ives. Local shops board up windows as a scrum forms mid-afternoon between the "countrymen" and the "townsmen" and the teams pass the silver ball between member hurlers until they reach their respective goal, set two miles apart at opposite parish boundaries. The winners share beer which has been 'blessed' by the ball.

Nearby is one of the best-preserved Iron Age hill forts in the county, Castle-an-Dinas.