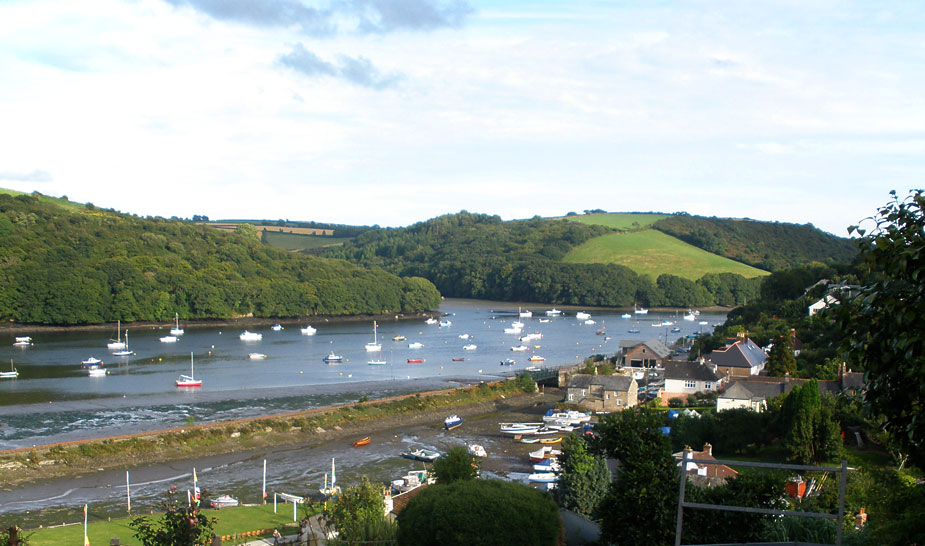 Golant is a small waterside village situated on the west bank of the River Fowey, in the parish of St Sampson.

The life of St Sampson is one of the earliest recorded and relates how the saint travelled to Cornwall after studying in Dublin and established himself in Golant where the church now stands having erected a temporary shelter by the holy well, which can be seen from the south door. The church follows a traditional Celtic design, with some parts said to date from 1200, although the present building was consecrated in 1509 and restored in 1842. Legend has it that Iseult married King Mark of Cornwall in this church, having already fallen in love with his nephew, Tristan. The river is central to life in Golant and has inspired numerous authors and artists.

Kenneth Graham's 'Tales From The Riverbank', the precursor to 'The Wind In The Willows', is said to have been based on a trip taken by the author along the river in May 1907, while the DuMaurier family's former second home is just a stone's throw away.

Golant is the nearest village to the iconic Sawmills Studio, established in 1974. This residential recording studio was the first of its kind and bands who have recorded there include the Stone Roses, Oasis, the Verve, Razorlight and Muse. The studio is unique as it can only be accessed by boat or via a railway line that runs past it.

Golant, which has a population of around two hundred people, lies on the Saint's Way long distance footpath.