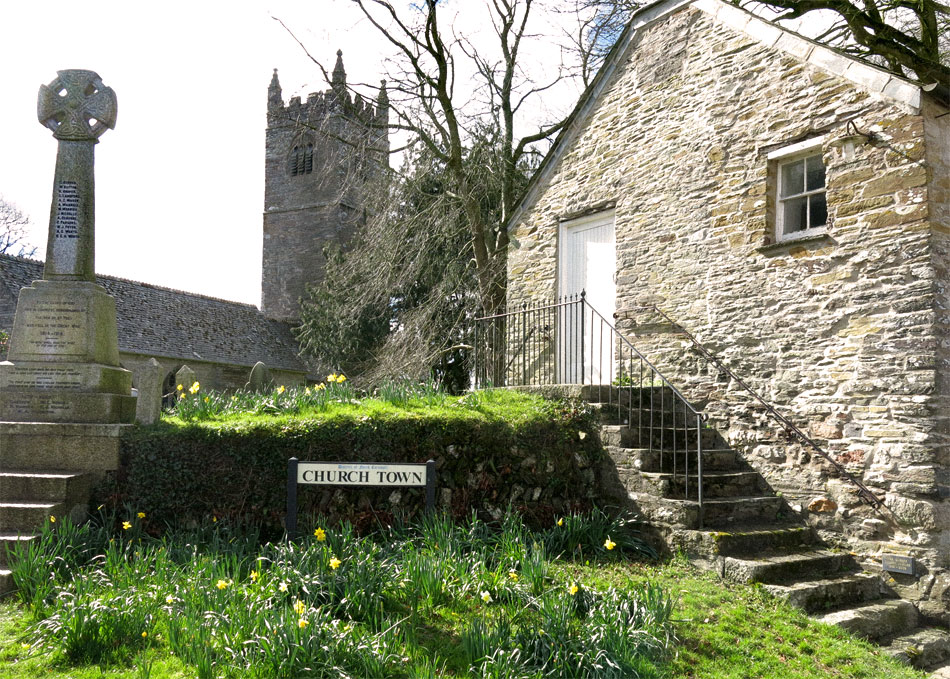 St Tudy is picturesque village and parish located close to the western edge of Bodmin Moor , five miles north-east of Wadebridge. The village grew around an original Celtic graveyard still referred to as 'God's Acre.'

The parish church is dedicated to St Tudius , a sixth century monk and missionary who has strong association with Brittany and may even have been the important Breton Saint Tugdual. The church, whose graveyard contains an intersting 'clink' building and a pre-Norman carved stone, dates back to at least the fifteenth century.

The family of Captain William Bligh, of ' Mutiny on the Bounty ' fame, lived in St Tudy for many generations, at Tinten Manor. Captain Bligh was born here in 1754, the fateful voyage of the HMS Bounty took place in 1787. The churchtown is the only village in St Tudy parish, which is characterised by rolling farmland and woods.

The village of St Tudy is just two miles from the start of the Camel Trail and within easy walking distance of Bodmin Moor.