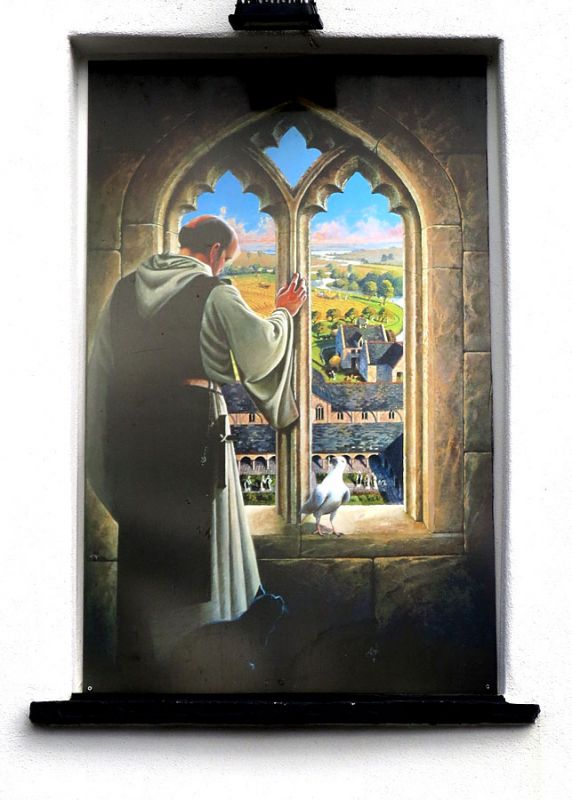 This, I presume, is a painting of St Tudy the monk. It is on the wall of the St Tudy Inn, in the village of that name so I think it is a reasonable assumption?!

St Tudy of Landevennec was a 6th century Breton missionary responsible for founding several monasteries and churches in Brittany. How he came to have a village in North Cornwall named after him and appear on the local pub wall is not so clear!