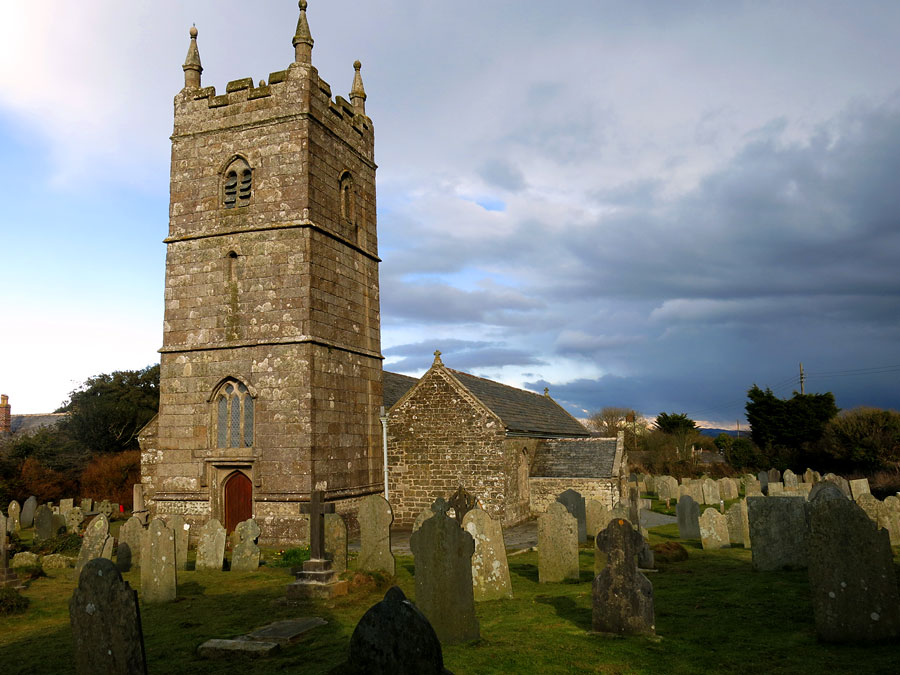 St Endellion is a parish and village on the North Cornish coast about four miles north of Wadebridge. The parish church is the only church in existence dedicated to St Endelienta, about whom legends abound. Some say that she was one of the twenty four children of Welsh king and Saint Brychan. Others insist that she was god-daughter to King Arthur, who helped her when a local lord killed her cow. The large fifteenth century church stands on high ground and has a tall tower that is much used as a landmark by mariners.

St Endellion is the type locality for the minerals Barstowite and Bournonite, also known as Endellione or Endellionite. The parish, which incorporates the Anglo-Saxon port of St Isaac, about half a mile north of the churchtown, has traditionally relied on fishing, farming and mining for its economic survival. Part of a Medieval house remains at Roscarrock, while Tresunges is also a listed building, dating back to the sixteenth century.

A twice-yearly music festival has been held at St Endellion since 1959. Some of the musicians who participated in one of the festivals went on to form the world famous Endellion Quartet.

St Endellion was thrown into the media spotlight recently when British Prime Minister David Cameron and is wife Smantha chose to name their baby girl Florence Rose Endellion Cameron. The couple were on holiday in North Cornwall at the time and the baby girl was born on the 24th August 2010 in the Royal Cornwall Hospital in Truro.