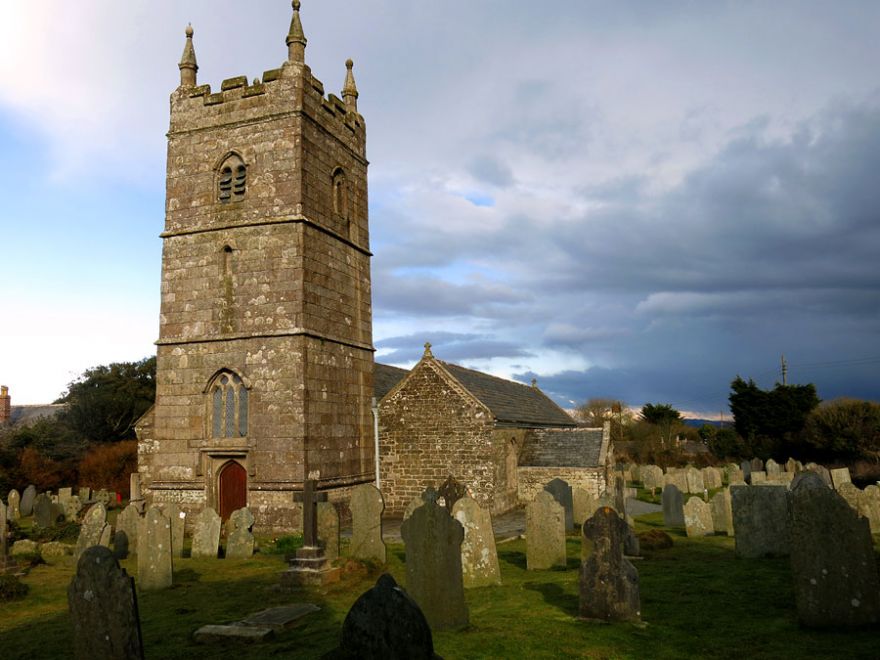 Just past Port Isaac is the hamlet of St Endellion. There isn't a great deal here except for this weathered church. Perhaps St Endellion's greatest claim to fame is Endellion is the middle name of then Prime Minister David Cameron's daughter.

The church is dedicated to St Endelienta. Some sources claim Endelienta was the sister of St Tetha and one of 24 children of Welsh King Broccan. Som even claim she was the god-daughter of King Arthur.

St Endellion is ancient collegiate church and also the centre of activity for the St Endellion Music Festivals. The building is mostly 15th century in origin, although the collegiate was founded in at least the 13th century. Its rugged appearance comes from the moor granite used to build it, the tower however is built from Lundy Island stone.

John Betjeman once wrote about the church: "Inside the church gives the impression that it goes on praying night and day, whether there are people in it or not". Inside there is a carved angel in memory of him.