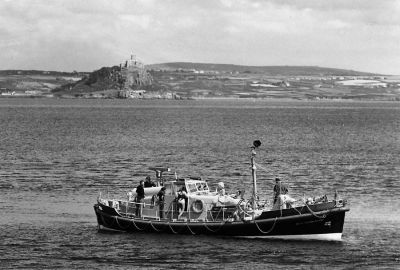 It is almost 30 years ago to the day that the Penlee Lifeboat, Solomon Browne, was lost with all 8 crew. The lifeboat launched in huge seas and force 11 winds to go to the aid of the coaster MV Union Star. The Union Star's engines had failed 8 miles east of Wolf Rock. On board were the crew and the captain's wife and 2 step-daughters.

In the end both vessels were lost against the cliffs of Boscawen Cove near Lamorna.

This was a terrible tragedy for the village of Mousehole from where all of the lifeboat's crew came. It is around Christmas time that the 8 crew are most keenly missed and their incredible bravery is remembered.