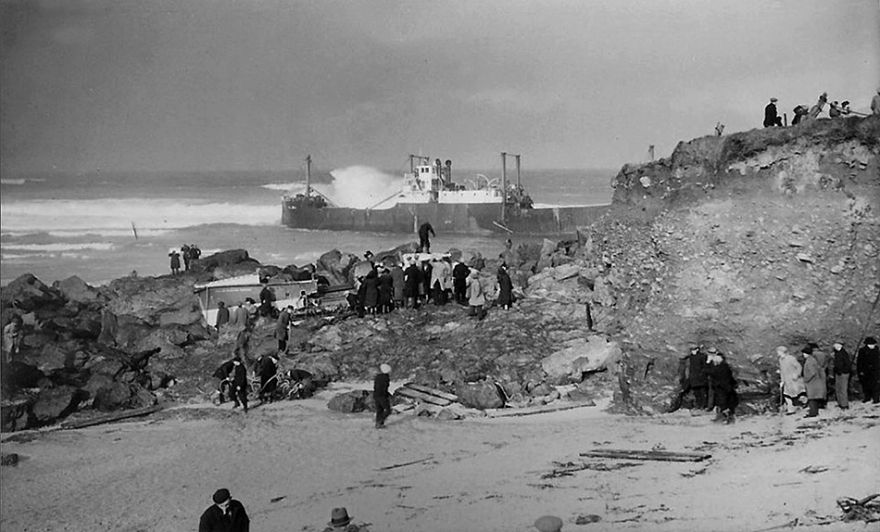 The steamer SS Alba on rocks off Porthmeor beach in St Ives. The ship was on route to Barry in Wales from Italy carrying coal when it got into difficulty.

It was on the night of the 31st January 1938 and the motor lifeboat Caroline Parsons was launched. The lifeboat managed to get 23 of the crew off the ship but the boat capsized and was washed onto rocks. Whilst all the lifeboat crew survived (until 1939) 5 of the rescued crew drowned.

In the photo you can see the smashed remains of the lifeboat on the rocks.