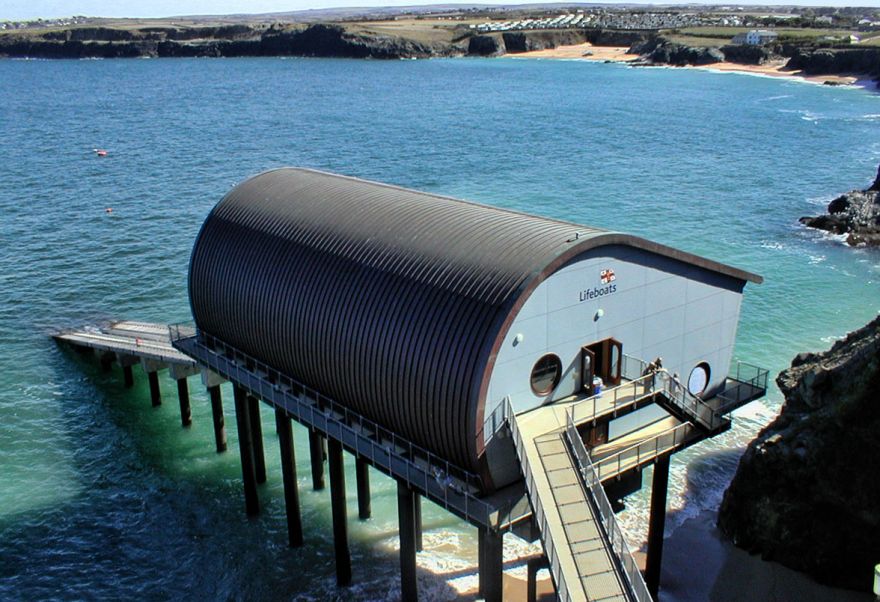 The new (2006) Padstow Lifeboat station at Trevose Head. In the background you can see the somewhat oddly named Mother Ivey's Cove.

The original lifeboat station was at Hawkers Cove just inside the Camel Estuary, and inside the Doom Bar. This notorious sandbar was the stuff of legend and claimed over 600 vessels from the early 1800s when records began.

In 1967 the boathouse was moved around the corner to Trevose head. One reason for this was the silting up of the estuary, making launching the boat at anything but high tide impractical.

The current Padstow lifeboat station was opened in 2006, the same year as the arrival of the Spirit of Padstow, a Tamar-class boat. The former Oakley class boat is now an exhibit at Land's End.