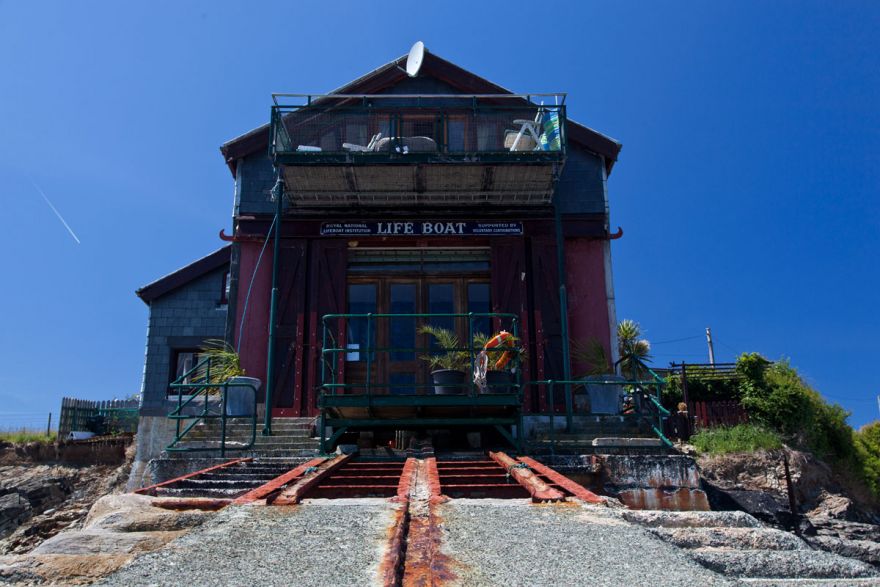 Padstow's Old Lifeboat Station is actually located a couple of miles out of the town along the Camel Estuary. Tucked away in Hawker's Cove the idea was the lifeboat could be launched as close to the deadly Doom Bar sand bank as possible.

The lifeboat station was set up here in 1825 and carried on operating until 1967. However the silting up of the river meant it was near impossible to launch the boat at certain tides.

The current Padstow lifeboat is housed a few miles west at Trevose Head.

The Old Lifeboat Station is now a holiday let. Previously it was home to actor Edward Woodward.