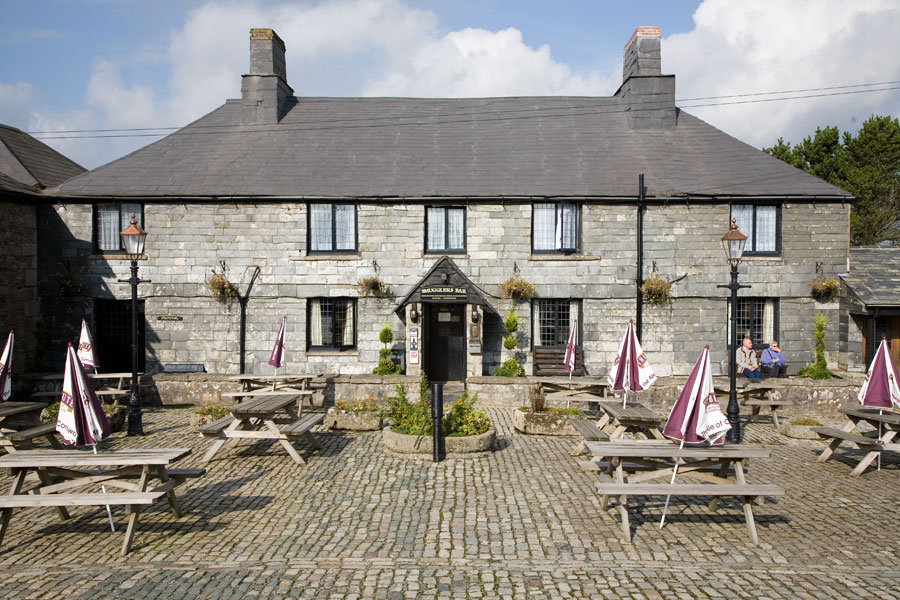 Bolventor is a hamlet in the centre of Bodmin Moor just off the main Bodmin to Launceston road. There's not much more to this village than a church and a few houses.

However, that's not what Bolventor is best known for. In the past the village was an important coach stop with Jamaica Inn tending to the needs of the passengers and horses. Built in the 18th century Jamaica Inn was immortalised in Daphne du Maurier's 1936 novel of the same name. As well as being a coach stop the inn was also supposed to be the haunt of smugglers and it is said that the ghost of a murdered sailor returns from time to time to finish his drink.

The surrounding countryside of Bodmin Moor offers some of Cornwall's most isolated, untouched countryside. Just to the south of Bolventor is Dozmary Pool, a lake about a mile in circumference.
The lake has a number of legends associated it, perhaps the most well known is that of Excalibur, King Arthur's sword given to him by the Lady of the Lake. It is said that after Arthur was mortally wounded he ordered that Excalibur be thrown ino the Dozmary Pool. This was done and after the sword was cast into the lake a woman's hand caught it and held it aloft before taking it under the surface.

Another legend associated with the pool is that of Jan Tregeagle, who to keep his soul from the Devil was set a series of impossible tasks. The first was to empty the (what was then thought botomless) Dozmary Pool with a holed limpet shell. It has since been proved that the lake does have a bottom as it dried out during the last century!

It has been suggested the name comes from Dozy Mary, a 'lazy minded' local girl who was murdered at the location.