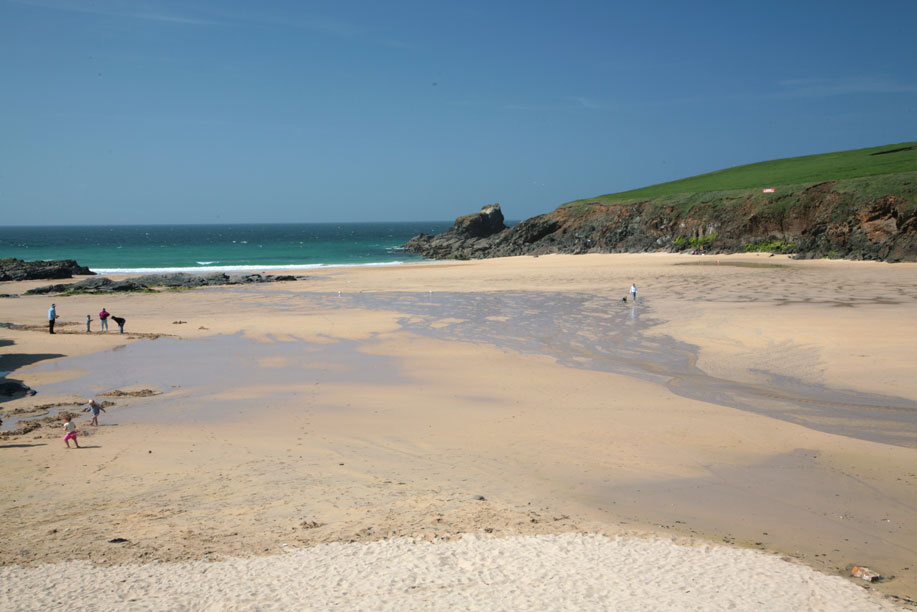 Trevone is a seaside village between Padstow and Harlyn in north Cornwall. The village consists of a long road that leads down to Trevone Bay, home to a sandy beach that is policed by lifeguards in summer and popular with surfers, and a rocky beach with a natural swimming pool.

Up on the cliffs to the east side of Trevone Bay is an impressive natural feature known locally as the 'Round Hole', a blow hole eighty feet deep formed by a collapsed sea cave.

Trevone Bay was used in the 2007 Renault Clio/Ripcurl advert that featured two surfers contemplating going into the sea. The village has a surf shop, a general stores, a seasonal cafe and a pub plus a number of accomodation options.