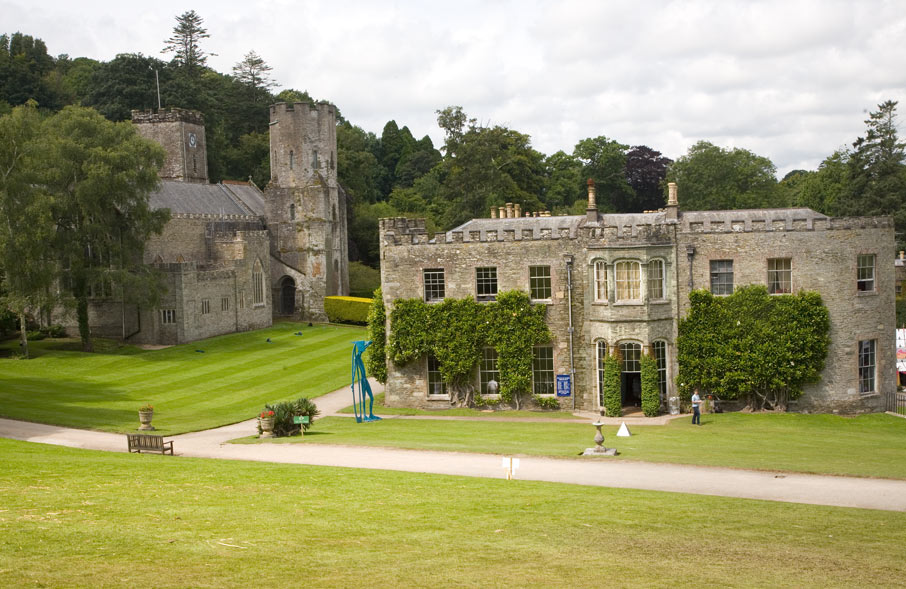 After the Conquest of Cornwall, the local church at St Germans became Cornwall’s cathedral from AD926, when King Athelstan made Conan the first Cornish bishop. In 1030, this was joined with the bishopric of Crediton in Devon and in 1050 the seat of the diocese was transferred to Exeter. The parish is still the largest in Cornwall and the glory of the village is its huge Norman church, set in a hollow with a superb Norman doorway as its west front. The church is dedicated to St Germanus. Its west front is flanked by towers, both of which are Norman in the lower parts. One of the upper parts is early English whilst the other is Perpendicular. Some Norman work remains in the body of the church but, for the most part, it is Perpendicular or Decorated.

St Germans became officially a market town around 1600. However, the Domesday Book states that there was a Sun market in 1086, but that it was reduced to nothing on account of the Count of Mortain’s market, which was very close by at Trematon. There is also a record of a market held by the parish of St Germans in 1302. Queen Elizabeth I created it a parliamentary borough and, from 1563 to 1832, it returned two members to the House of Commons. In 1815 John Eliot was created Earl of St Germans. In 1905 the first suffragan bishop of Truro was consecrated bishop of St Germans.

The village of St Germans is on the River Tiddy, part of the beautiful estuary of the Lynher which joins the River Tamar close to Saltash. St Germans’ Quay was busy in the last century with cargoes of minerals, coal, timber and limestone. Road stone was transported from here until the Second World War. There are 16th century almshouses in the village.

Port Eliot, a neighbouring mansion, contains an excellent collection of paintings, notably several works by Joshua Reynolds. It is remarkable for its Tudor gateway. The estate has been used for many events over the years. For some time, it was the site of the annual Elephant Fayre, a music festival. Recently, it has been the venue for a literary festival, the Port Eliot Lit Fest.

The area has many pleasant walks and is also ideal for boating. The countryside is pretty and there are delightful views over the water. St Germans offers the usual shops, cafés and restaurants and is within easy striking distance of the city of Plymouth, for those seeking more sophisticated entertainment.