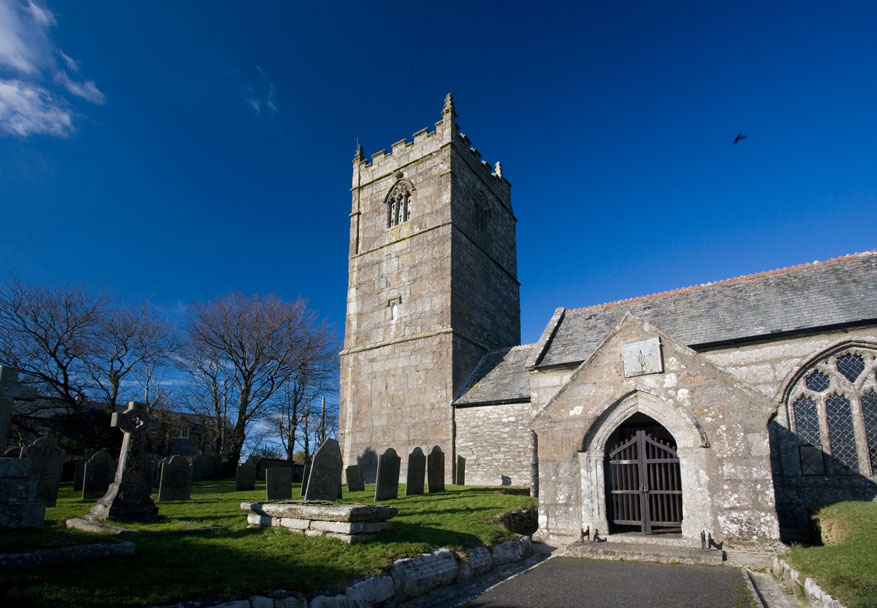 The village of St Breward boasts the highest church in Cornwall at a height of about 700ft. The local feast day is on the Sunday closest to 22nd February. Special buns are baked, blessed and distributed amongst the local parishioners. Next door to the church is the only remaining pub, the Old Inn, which has been operating for almost two hundred years. In the last century there was also a public house at Wenford Bridge, a mile away, but the license lapsed during the 1930’s. The building is now a pottery.

In a nearby valley, on a public footpath, is St Breward’s Well, which is said to cure sore eyes for an offering of pins. Not far away, on the banks of the De Lank River is the 2000 year old construction of the Beaker people, known as King Arthur's Hall.

The area is well known for granite and china clay quarries. In fact, local granite from the De Lank Quarry was used for the Eddystone Lighthouse in 1882, the Beachy Head Lighthouse in 1900 and Tower Bridge in 1890. The parish also contains some of Bodmin Moors most spectacular scenery and is the starting point of the well known Camel Trail. This is 11 miles of disused railway track bed beside the River Camel, converted to a cycle trail, linking the towns of Bodmin, Wadebridge and Padstow.

Also within the parish of St Breward, on Bodmin Moor, lie two of Cornwall’s best known landmarks, Rough Tor and Brown Willy. Rough Tor rises to a height of about 1300 feet and is the second highest point in Cornwall. Brown Willy, about a mile to the west, is the highest at about 1360 feet. From the summit of Rough Tor, there are superb views across Cornwall. On a good day, both coasts can be seen clearly. The hill is part of a registered common and is grazed by cattle, sheep and ponies. It is popular with locals and visitors and is the most visited hill on Bodmin Moor. It covers an area of 175 acres and belongs to the National Trust. Near the summit, there is a memorial to the men of the 43rd Wessex Division who died in the Second World War.

Of particular archaeological interest are the Iron Age hill fort on the summit, a number of Bronze Age settlements, an ancient holy well and the ancient chapel of St Michael’s. There are several other recently designated Scheduled Ancient Monuments. In addition, there are Neolithic remains including defensive walls, cairns and hut platforms. Bronze Age hut circles, field systems, ceremonial monuments, a menhir, a stone circle and an embanked avenue date from 2000-1000 BC. There are also with a number of small buildings from the mediaeval period.

Rough Tor is important for its rare flora and fauna, including insectiferous sundew, common cotton grass and cross-leaved heath. There are also a number of rare ferns and mosses. It has a good breeding population of wheatear and meadow pipits and otters are regularly recorded on the stream near the car park. Brown Willy is privately owned.