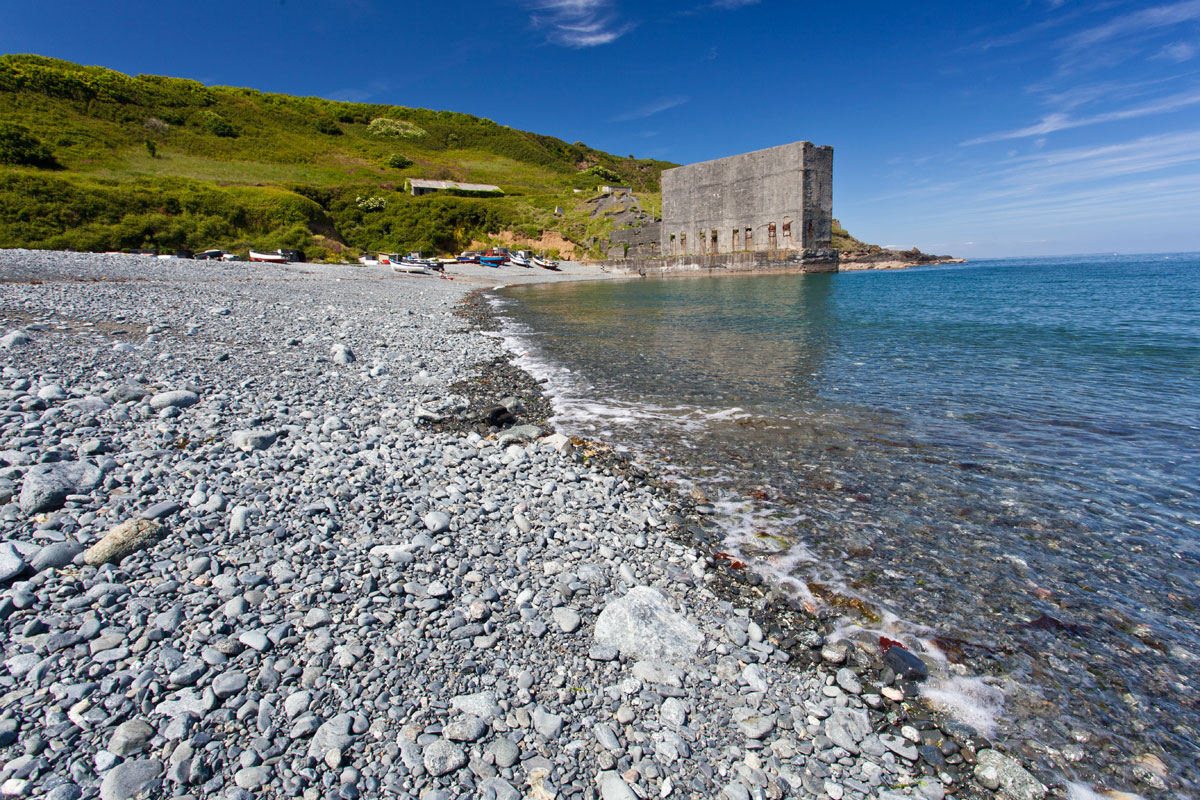 On the coast near St Keverne, this shingly cove is popular with divers exploring the wrecks of many ships who over the ages have fallen foul of the dangerous Manacles Reef. One, The barque John, notoriously lost nearly 200 people headed for a new life across the Altlantic in the mid 19th century. The crew all survived despite being drunk and were publicly accused of reckless endangerment of the dead passengers, the captain was sent to jail. The victims of this and other shipwrecks in the area are buried in St Keverne churchyard.

Between St Keverne and Porthoustock are the 'giants quoits', a stack of large rocks which had stood for thousands of years at Manacles Point. They were moved to their present roadside location when local quarry works expanded in the 1960’s.