St Nicholas' Chapel on the Island 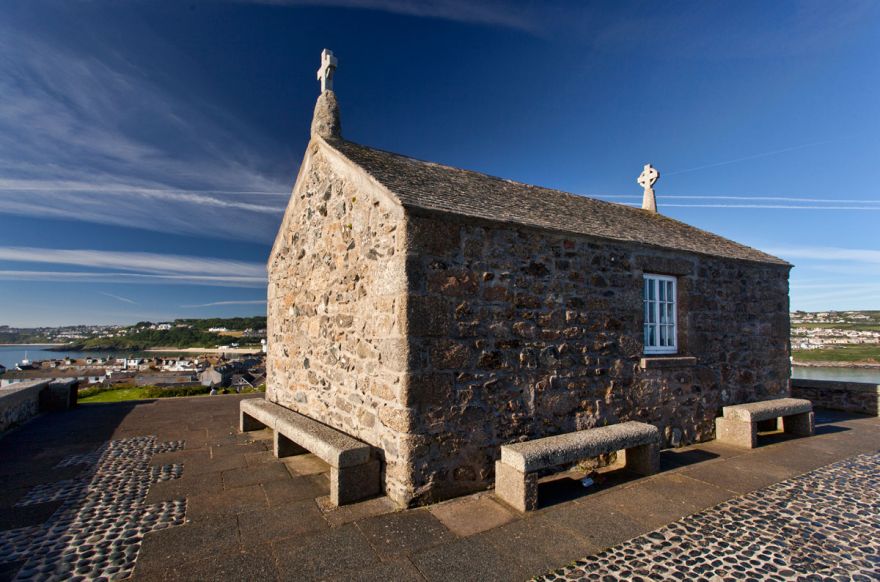 The small chapel of St Nicholas on top of St Ives' Island has had many uses over the centuries.

Built in Medieval times, the one roomed chapel was built for the sailors who sailed the treacherous north Cornish coast.

However, its position looking out over the sea and coast have meant in more recent times it was used by the 'Preventative Men' to watch out for smugglers, the military and the coastguard.

The iconic little chapel was partially demolished in 1904 but a local outcry saw it restored in 1911.