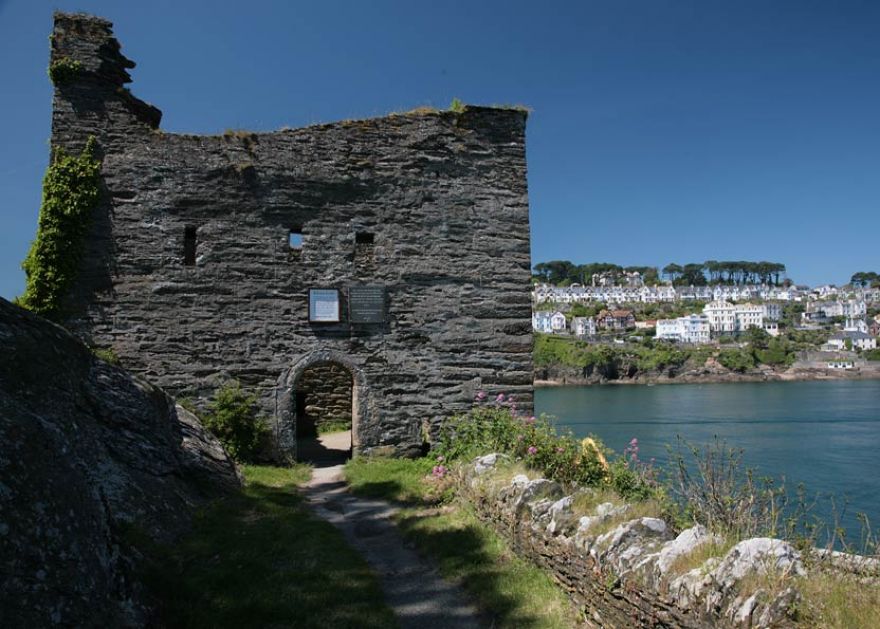 The Polruan Blockhouse is one of a pair, the other being located on the Fowey side of the river (which no longer exists).

They were built in the 14th century to protect the harbour from pirates and the French. A chain was laid across the harbour mouth between the two blockhouses and lifted to stop ships entering (or exiting the harbour)