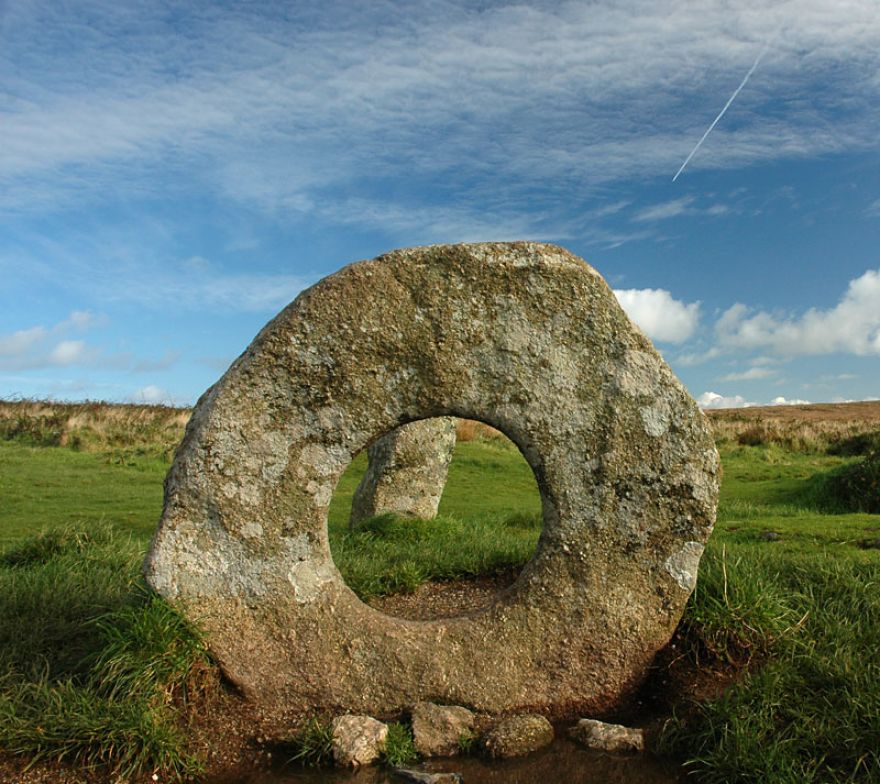 The iconic Men-an-Tol is one of the best known megalithic sites in the UK, however its purpose remains unknown.

In its current arrangement there is a small standing stone at either side of the holed stole. Surveys of the site have revealed a further 18 stones suggesting it might originally have been part of a stone circle.

Over the years much folklore has been attached to the stone and in particular the act of passing through it. Amongst other ailments this was said to cure rickets, back pain and 'scrofulous taint', whatever that might be.

Men-an-Tol is located on the West Cornwall moors above Madron in an area rich in ancient sites. Within a mile or so are Chun Quoit and castle, Men Scryfa and Lanyon Quoit.