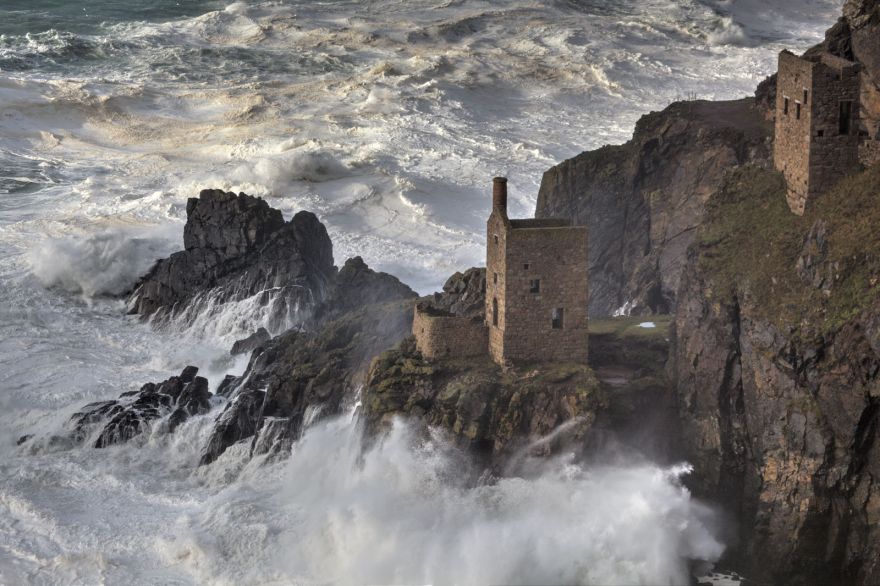 The Crowns engine houses at Botallack near St Just. Located on the very edge of the North Atlantic Ocean these old mine workings have survived the batterings for nearly 200 years.

These engine houses were part of the Botallack mine, which was just one of many that lined the cliffs around St Just. As you can see there are two engine houses, an upper and a lower. The lower was known as the Crowns Pumping Engine House and this pumped the water out of the shaft below. The upper, known as Pearce’s Engine House, was a winding house used for bringing things up and down the steeply sloping Boscawen Shaft which ran 2,500 feet out under the sea.

This photo was taken during storm Imogen in February 2016. It was pretty windy and there was a huge swell running, although I've seen bigger.