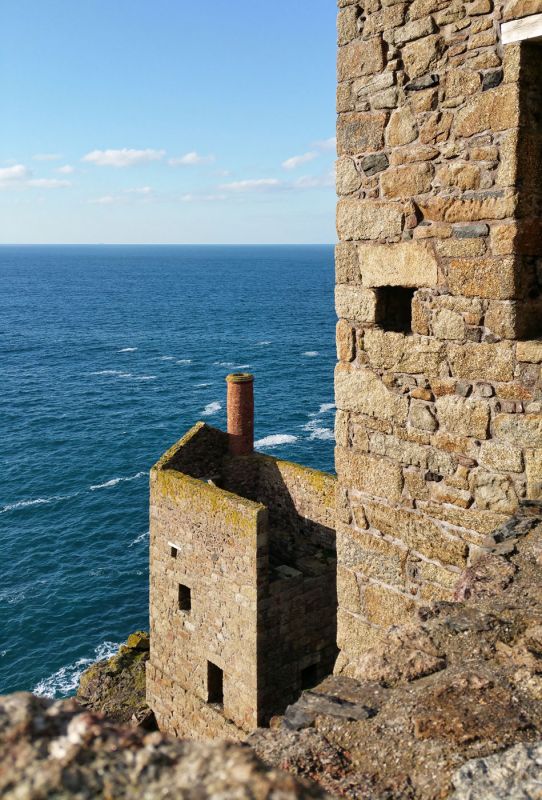 A closer look at the pair of engine houses that make up this iconic mine. Built into the base of the cliffs at Botallack the two buildings are barely above the often tempestuous Atlantic Ocean.

The Lower Engine house is known as "The Crowns Pumping Engine House" was built in 1830 and was home to a the steam pump which kept the water out of the shaft. The Upper Engine house was known as "Pearce's Engine House" and was built in the 1850s. This housed the winding engine that pulled the lift up and down the diagonal Boscawen shaft. This shaft was 2,500 feet long, reaching out under the sea bed at an angle of around 30 degrees.

Today all is quiet at the Crowns except for the crashing of the sea below and the gulls wheeling overhead. However, it is well visited, especially since it appeared in the Poldark series as Ross Poldark's Wheal Leisure.