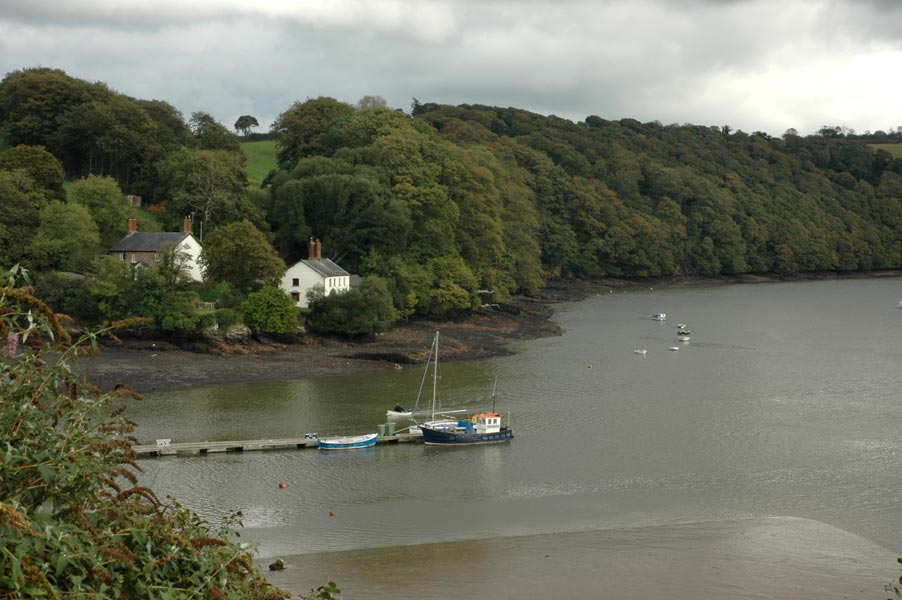 The village of Malpas is situated along the bank of the Truro River about a mile outside the city. It is here that the rivers Truro and Tresillian converge and the village is still a port with the navigable waterways to Falmouth and the sea. There are popular boat trips between here and Falmouth throughout the summer (at higher tides the boats tend to depart from Truro).

Historically, the village is perhaps best known for its ferry service across the waterway to the Roseland and Tregothan estate. It is said that this is the crossing Iseult (from Authurian legend) made to King Mark's palace.
In the past to summon the ferry one would ring a bell which would be inform the ferryman in his cottage on the St Michael Penkevil bank (the white cottage in the photo) that there were people waiting, he would then collect them d'reckly (at his own pace!) in the aged rowing boat named 'Duckweed'.

About the begining of the century this ferry was kept by a big, brawny woman, universally known as 'Jenny Mopas', whose very accurate portrait by John Boyle, Esq., hangs in the Servant's Hall, at Tregothan. In 1804 she not only rescued Lord Falmouth's post from robbery, but on being asked by the rector what she had the most trouble with in crossing the ferry, replied 'Wemmin and Pigs'!