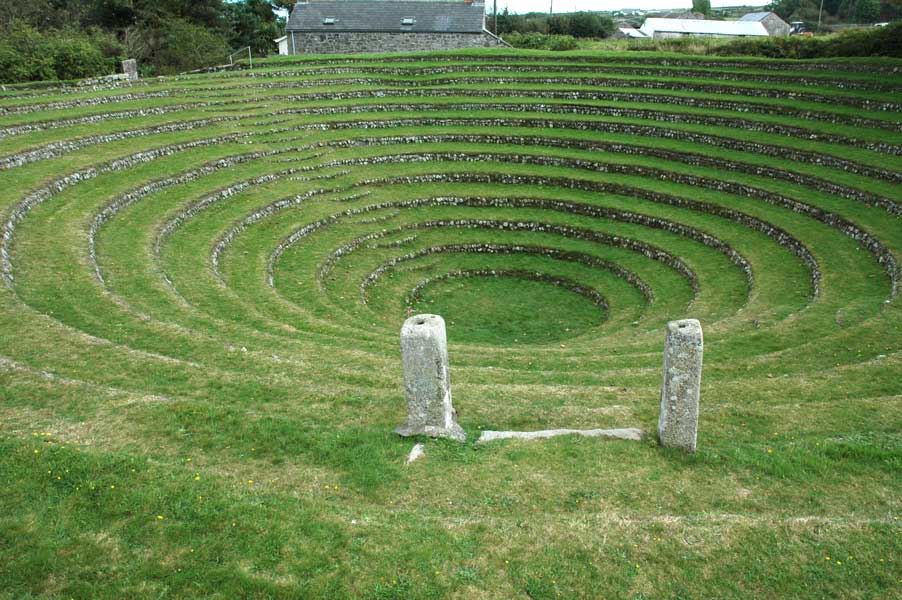 Gwennap is a village and parish located five miles south-east of Redruth. The parish is best-known for its mining history and associations with John Wesley, who preached here in the eighteenth century. In his diary John Wesley records that 'The wind was high at 5pm that I could not stand at the usual place at Gwennap. But at a small distance was a hollow capable of containing many thousand people beneath and on all sides.' This was Gwennap Pit, a huge, stepped, open-air amphitheatre created by mining subsidence in the mid-eighteenth century. After John Wesley's death, local people turfed the steppes and made the pit a regular oval shape. It is still used for theatre and other purposes today.

The history of mining in Gwennap stretches back to prehistoric times when tin streaming is thought to have occurred in the Carnon Valley. In 1306 it was recorded that Johannes Margh, of Trevarth, sent thirty shipments of tin to Truro. By the ninetheenth century Gwennap was Cornwall's richest mining area, named 'the richest square mile in the world' and with a value in tin and copper of around ten million pounds. Once-famous Gwennap mines include Poldice Mine, Wheal Busy and Consolidated Mines, which in its heyday had nineteen engine houses for pumping, winding and crushing. Due to the faling price of tin, most of the mines in the Gwennap area shut down during the twentieth century.

Wheal Jane, the last mine to work commercially in the area, finally closed in 1991 ending two thousand years of mining in the Gwennap area. Today the parish, which forms part of the Cornwall and West Devon Mining Area World Heritage Site, is scarred by the remnants of mining. Former Mineral Tramways have been converted into multi-use trails and this historic landscape is littered with pits and ruined engine houses.