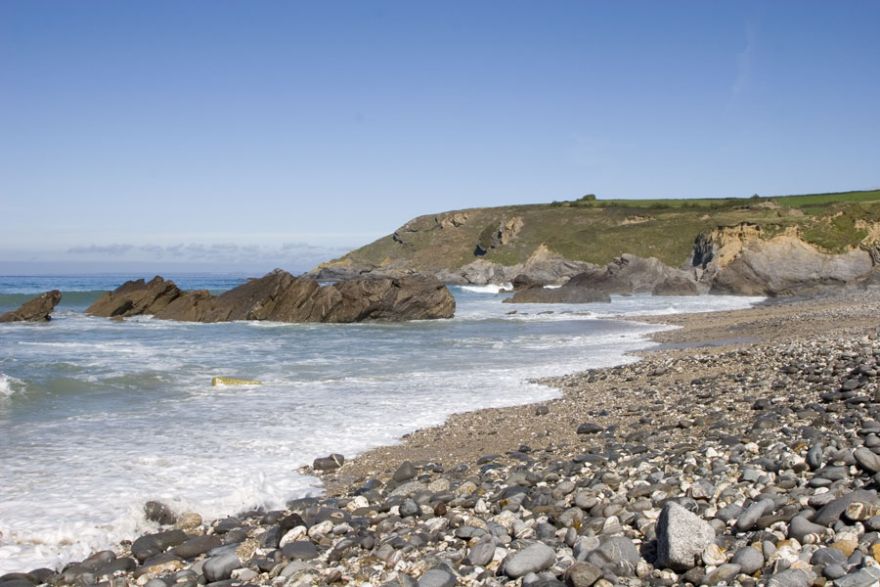 The curiously named Jangye-ryn, located just around the corner from Gunwalloe beach on the Lizard Peninsula. The beach is also more commonly known as Dollar Cove as a Spanish treasure ship carrying silver coins was reputed to have been wrecked here. It is probably no coincidence that the cove featured in a wrecking scene in the recent TV adaptation of Poldark.

I believe there are some interesting geological formations somewhere here.