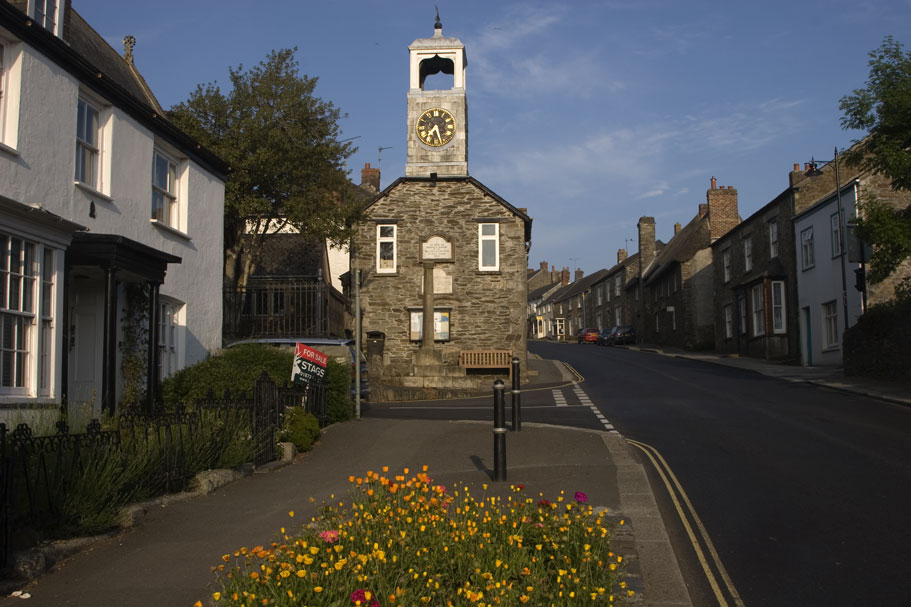 The name Grampound comes from the name Grand Pont, given by the Normans to the large bridge built here by the Romans. Such a bridge was necessary at a time when what is now a small river was a busy waterway. Over the years silting up has reduced the flow considerably. With flourishing trade and local milling and tanning industry, Grampound grew in the C14 and C15. The elegant clock tower, guildhall and toll house on the bridge are evidence of the past status of this market town, though only a seven sided cross remains of the market itself.

The church of St Nun was originally a 14th century chapel which fell into such a state of disrepair in the 1800s that it became instead the site of livestock sales. Later that century, the efforts of a concerned rector occasioned its rebuilding but little of the original remains.

Nowadays, this stately village is bisected by the busy Truro to St Austell road, but the local pub, the Dolphin, offers a warm welcome.

Nearby Creed House is an 18th century rectory with Georgian gardens and woodland walks and Creed church, dedicated to St Crida, is a lovely old building with the oldest bells in Cornwall dating back to the 14th century.