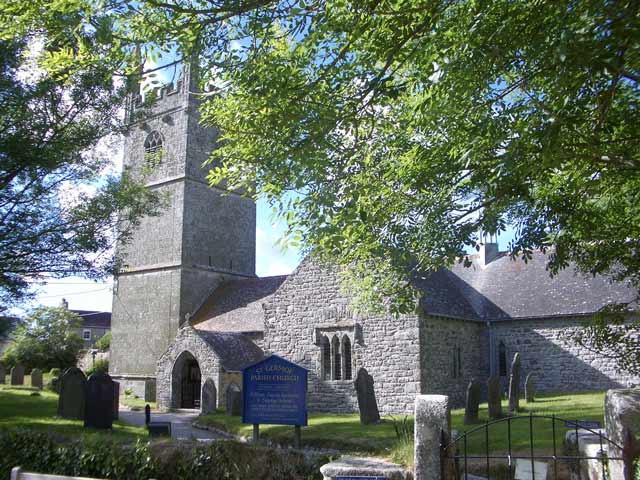 Located at the bottom of Tregonning Hill, somewhere between Penzance, Helston and Hayle is the picturesque village of Germoe.

The 12th century church is the main feature of the village. The original Norman church was built from local Breaca granite taken from Tregonning Hill, it is softer that most granite and easier to work. As the population grew so did the church. In the 14th century the church was extended with the addition of the north aisle and the tower. The modification also includes the 'Germoe Monkeys' which are carved either side of the door on the church porch - it's thought they are intended depict the spirit of evil and mischief driven from the church door!

The church and village are named after St Germoe, one of the celtic saints who arrived from Ireland with his sister Brecca in the 5th century.

The churchyard also contains a curious little twin arched building known as St Germoe's Chair. According to the respected antiquarian John Leland the strucure was a shrine covering the bones of St Germoe. However, there is in fact no trace of Germoe's or anybody else's bones under the structure.

Germoe's most reknowned son was William Lemon (presumably whom Lemon Quay in Truro is named after). Born in 1696 and educated at the village school, Lemon went on to conceive the idea of working mines on a large scale using steam powered pumps and all the engineering technology of the day.