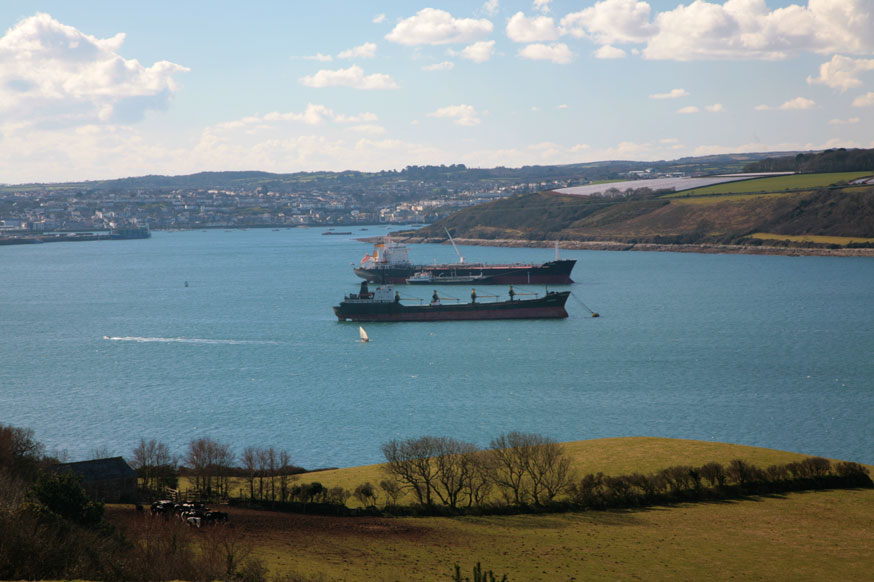 The Carrick Roads is the name given to a section of the River Fal which forms a large waterway that was created at the end of the last Ice Age when sea levels rose dramatically and created a huge natural harbour, the third largest natural harbour in the world. The Carrick Roads take the form of a classic drowned river valley and are dominated by a deep, meandering channel, navigable all the way from Falmouth to Truro, with depths of up to thirty four meters at the southern end.

A haven for wildlife, the Carrick Roads regularly attract sea-going birds in the winter, including one of the largest flocks of wintering Grebes in the UK.

The Carrick Roads conceal countless picturesque creeks and inlets, many of which are home to charming villages and waterside pubs, nestling among the wooded valley sides. The channel can be crossed by car between Feock and Philleigh by means of the historic King Harry ferry, which has been running since 1888 and represents one of only five chain ferries in the whole of England. There are numerous passenger ferries and water taxis serving the creeks and connecting Falmouth with Truro, Penryn, St Mawes and other larger settlements.
View full size carrick roads map