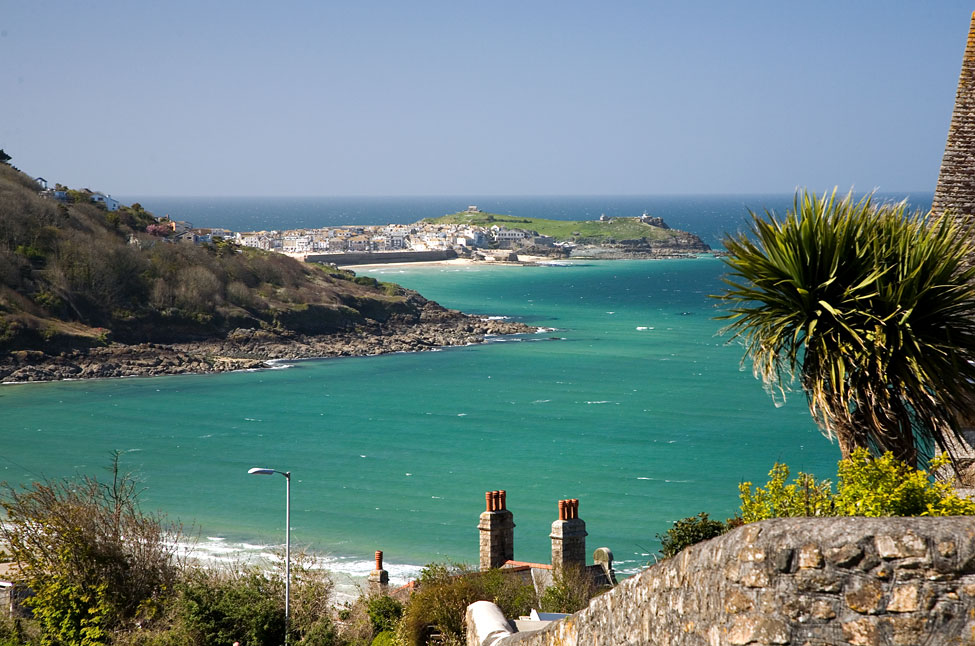 Carbis Bay is located on the Cornish coast between Hayle and St Ives next to the older village of Lelant. Set on and around a steep wooded cliff which runs down to a sandy beach Carbis Bay is a popular holiday resort. There are a plethora of hotels and guest houses, mostly along the side of the A3074 Hayle - St Ives road running through the village.

Nestled amongst the trees on the hilside as it slopes down to the sea are a large number of whitewashed houses and bungalows which somehow give the area a foreign feel. Further down the hillside there is a tiny railway station served by the St Ives branch line, one of the most scenic in the country.

Carbis Bay is bordered to the west by Porthminster Point and to the east by Hawke's Point, both with heavily wooded cliffs. Hawke's Point looks out over Porthkidney Sands and is a well known surfing 'secret spot'!. Carbis Bay beach itself is one of the best family beaches around with all the facilities right on the beachfront and relatively safe swimming.

The original Cornish name of the bay is 'Barrepta Cove' after one of the local farms. Carbis is probably derived from the Cornish word for causeway although where or what the causeway might be is unclear.

On a hillside behind the village is The Knill - a 50 ft high monument to John Knill, who was Mayor of St Ives in the 18th Century