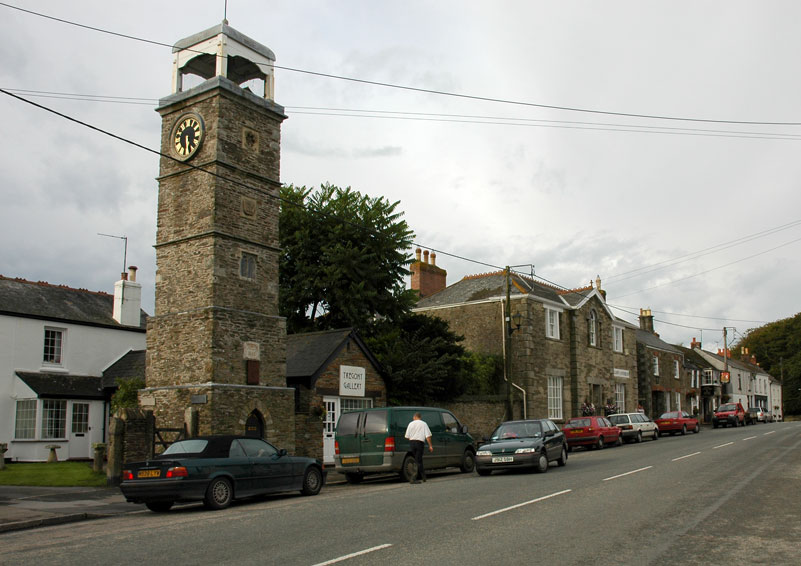 The village of Tregony is known as the 'gateway to the Roseland'. The exceptionally wide Fore Street is a relic from the days when this was a busy port with traffic to match. Tregony was once considered a town and in the 14th Century it was surrounded by busy woollen mills producing a rough serge aptly named ‘Tregony cloth’. A long time before that, it is thought that the Phoenician and Roman traders sailed here to trade tin. The river was navigable all the way to Tregony bridge, some fifteen miles from the sea, long before the ports of Truro, Penryn and Falmouth grew in importance.

King James I gave the town free borough status. Tregony was entitled to return two elected representatives to Westminster This privilege was revived by Elizabeth I and retained until it was disefranchised by the 1832 Reform Act when the borough had become one of the so called ‘Rotten Boroughs’ plagued by corruption.

These days the river is silted up in part due to run off due to deforestation and agriculture and also due to tin streaming and china clay processing upstream at St Stephen. For a while enterprising locals took advantage of this and silt dredged from the river was used to make bricks in a factory at nearby Ruan Lanihorne.

Despite its decline as a port the village retains its charm. Things worth looking out for are the unusual clock tower on Fore Street and the seventeenth century almshouses which boast an unusual wooden gallery. The site of a twelfth century Norman castle known as ‘Treg-ney’ from which the village got its name is situated on Tregony Hill.

The woods and riverside in the area between here and Ruan Lanihorne are fantastic to explore. The Ruan River is also a firm favourite with ornithologists and twitchers.

You can expect a warm welcome at the Kings Arms in Fore Street which has a reputation for fine food in a friendly atmosphere. A pint of fine ale beside the open fire in winter or a cool drink in the walled garden in summer shouldn’t be missed.