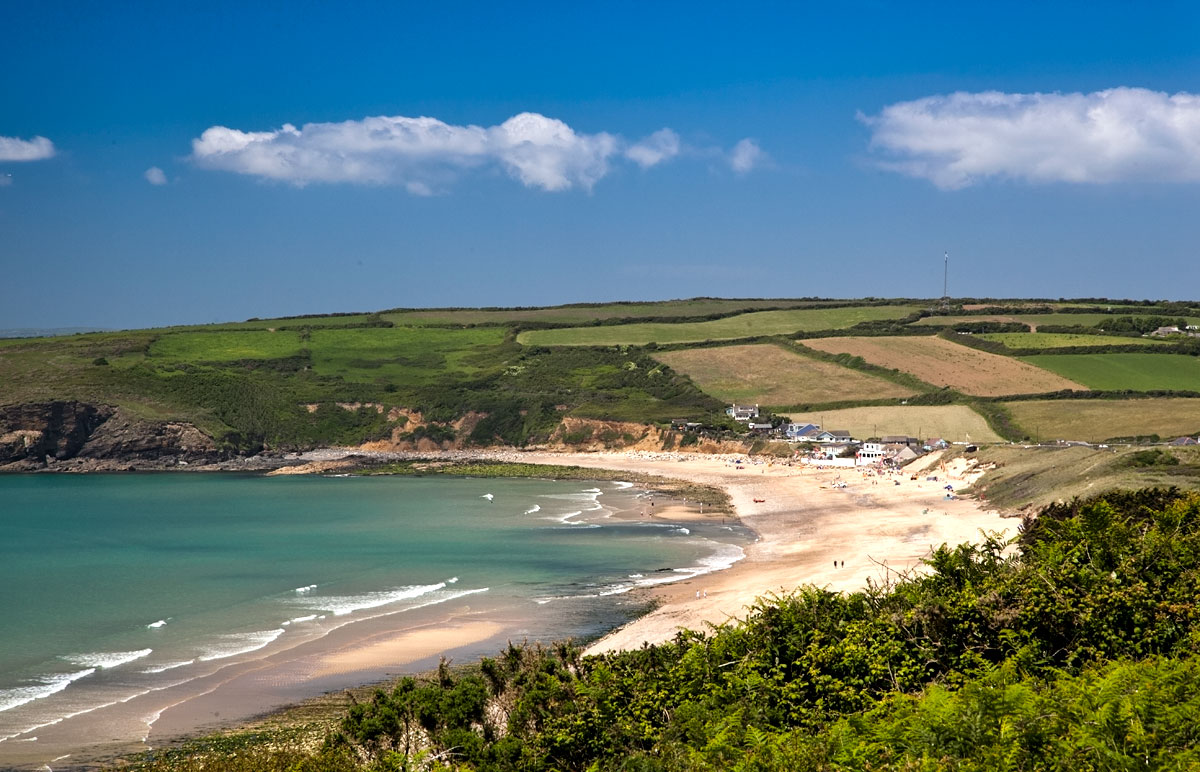 The village of Praa Sands is located roughly halfway between the towns of Penzance and Helston. The main feature is the extensive sandy beach which stretches for about a mile between Hoe Point in the west and Rinsey Head in the east.

In the summer the town and beach are a fairly popular family tourist destination and it can get quite busy. There's a decent sized camp/caravan site a few minutes walk from the beach which accommodates a large percentage of the summer visitors. Other facilities in the town include a fish and chip shop, a lively pub right on the beach front,a post office, general stores, a surf shop and a golf club.

Praa is a popular surfing beach and is well known for it's powerful waves. When the surf is big and blown out on the north coast you will often find a better wave here. When it's good here, it's as good as any beach in Cornwall, the problem is it's usually the only place that is so gets very busy, particularly around high tide.

There are also some interesting geological features along the beach and has recently been recognised as a Regionally Important Geological/Geomorphical Site.
For example, about a third of the way along the beach is a black platform at the base of the dunes. Until recently I assumed this was some kind of pollution but it is in fact a 1,300 year old peat bed made up of the decaying forest that once covered this area.

There is also a bit of history here. Just inland from the middle of the beach is Pengersick Castle. Built for refuge and defence, its four-storey tower dates back to the 16th century and was part of an extensive fortified Tudor mansion that no longer exists. It has some of the interesting features you would associate with this kind of building including facilities for pouring burning oil on your enemies!

Pengersick is rumoured to be haunted. It's possible this reputation was spread by local smugglers to discourage visitors. However, the bedroom in the tower is said to be Britain's most haunted and is a favourite with ghost hunters.
It is said that the ghost of a black-robed monk wanders the grounds.