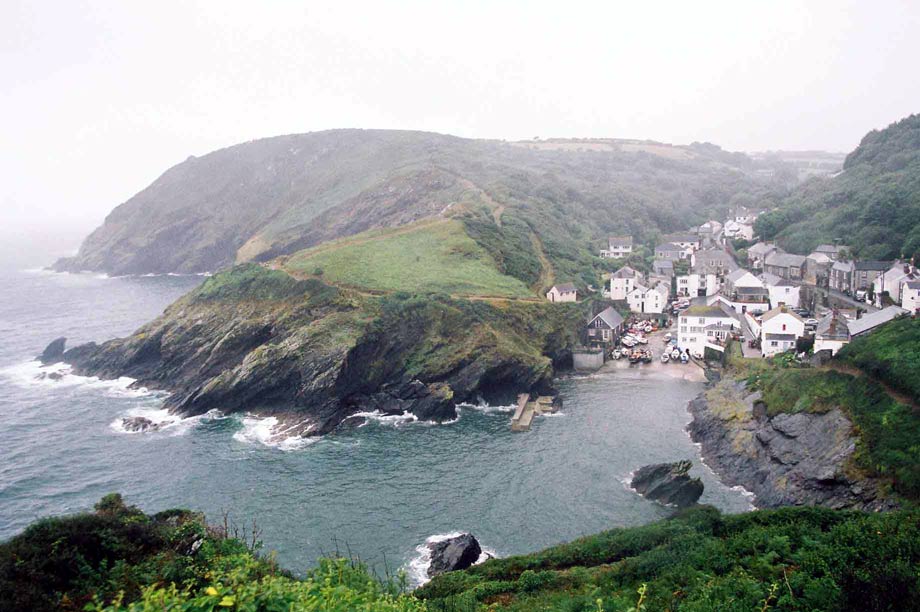 Portloe is considered by many to be the jewel in the crown of the Roseland peninsula and one of the prettiest villages in Cornwall. It’s steep sided valleys has meant that it has managed to escape development over the years and many buildings differ little from when they were built. Sir John Betjeman said of Portloe "One of the least spoiled and most impressive of Cornish fishing villages".

It’s name develops from the Cornish Porth Logh meaning “cove pool”. The naturally sheltered position meant that the village grew in the seventeenth and eightheenth centuries as a busy pilchard fishing port. At the beginning of the twentieth century there were more than fifty boats fishing here - now only three boats work from the cove mainly for crab and lobster.

Smuggling, as elsewhere in Cornwall, has played a part in Portloe’s history, with many a documented tale of cat and mouse games between locals and the excisemen! French brandy was the main contraband, brought ashore by fishermen and hidden in cellars and local farms. In fact in 1824 the problem was thought so bad that the Customs ordered the erection of a watch, boathouse and slip in a vain attempt to deter the illict trade.

The village’s beauty has made it a popular film location over the years. In 1935 Portloe was chosen to shoot “Forever England” starring John Mills, a war story with Portloe doubling for the Mediterranean! Disney chose Portloe to film scenes for their 1949 version of Robert Louis Stevenson’s classic Treasure Island. 1991 saw Channel 4’s “The Camomile Lawn” shot in the village and at nearby Broom Parc House. More recently it has been the base for the locally controversial TV series “Wild West” and the feature film “Irish Jam” with Portloe doubling for Ireland!

The exclusive Lugger Hotel and restaurant is nestled right in the centre of the village at the top of the harbour slipway. Heading west up the hill the Ship Inn dishes up fine food and ale in a relaxed atmosphere. In the centre opposite the church you can get a lovely cream tea and stock up on basic provisions and snacks at the tiny post office.

The picturesque cove of Portholland and the stunning Caerhays castle and beach are only a ten minute drive to the East. To the West the it is just a short trip to Potscatho and St.Mawes. A five minute drive inland takes you to Veryan famous for its thatched round houses.