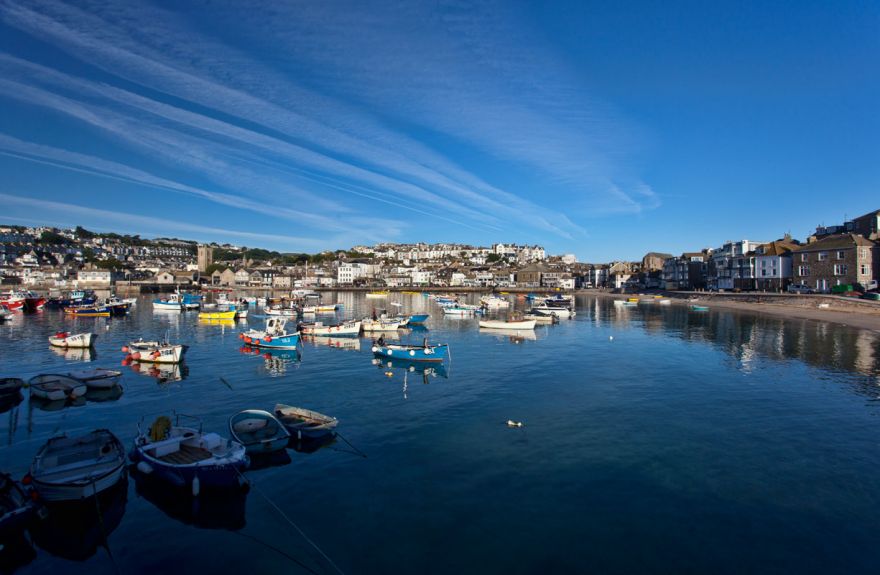 A wide view of St Ives harbour early on a summer morning. This shot includes most of Wharf Road which runs from Smeaton's Pier (where this was taken from) along to the new lifeboat house, just in front of the church.

As you can see there are still a fair few working fishing boats in the harbour. However, 100 years ago this harbour was a bustling mass of pilchard boats around which the towns entire economy was based. There are still a couple of the old luggers and "jumbos" around but they aren't working boats anymore.